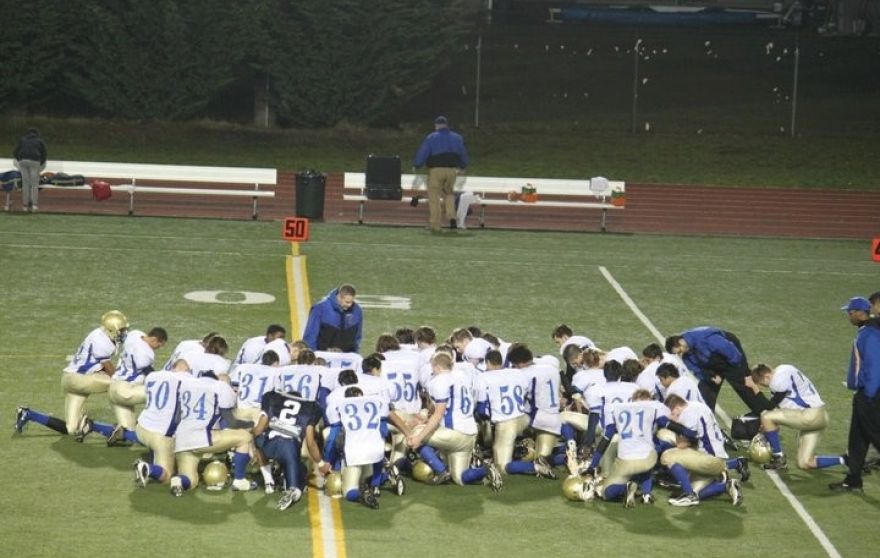 When high school football coach Joseph Kennedy engaged in 30 seconds of personal prayer at the conclusion of a football game, the Bremerton, Washington School District that employed him first suspended him and then placed him on administrative leave. Though the court agreed that these actions were taken solely because of his religious expression, the Ninth Circuit upheld the school district’s adverse employment actions as necessary to avoid a governmental establishment of religion.

Everyone, even left-wing media, agrees that Kennedy would go pray, silently, on the 50 yard line, after games. Over time, students asked to join him, and he responded, “This is a free country… [y]ou can do what you want.” He began giving speeches to motivate them, which often contained religious content. At no time did he expect or request, much less require, that students join.

None of this, of course, approaches an establishment of religion—except in the minds of those who wish to banish all religion from the public square. Imagine an Orthodox schoolteacher attempting to pray Mincha (the afternoon service) on school grounds, much less trying to gather a minyan (quorum of 10 Jewish men over age 13) to say Kaddish for his mother (in Jewish tradition, a prayer is said by mourners for the merit of a departed soul). According to Americans United for Separation of Church and State, he could be fired for this “offense!”

Coalition for Jewish Values was proud to join in an Amicus Curiae brief last fall urging the Supreme Court to take the case, as well as one pertaining to the case now under consideration.