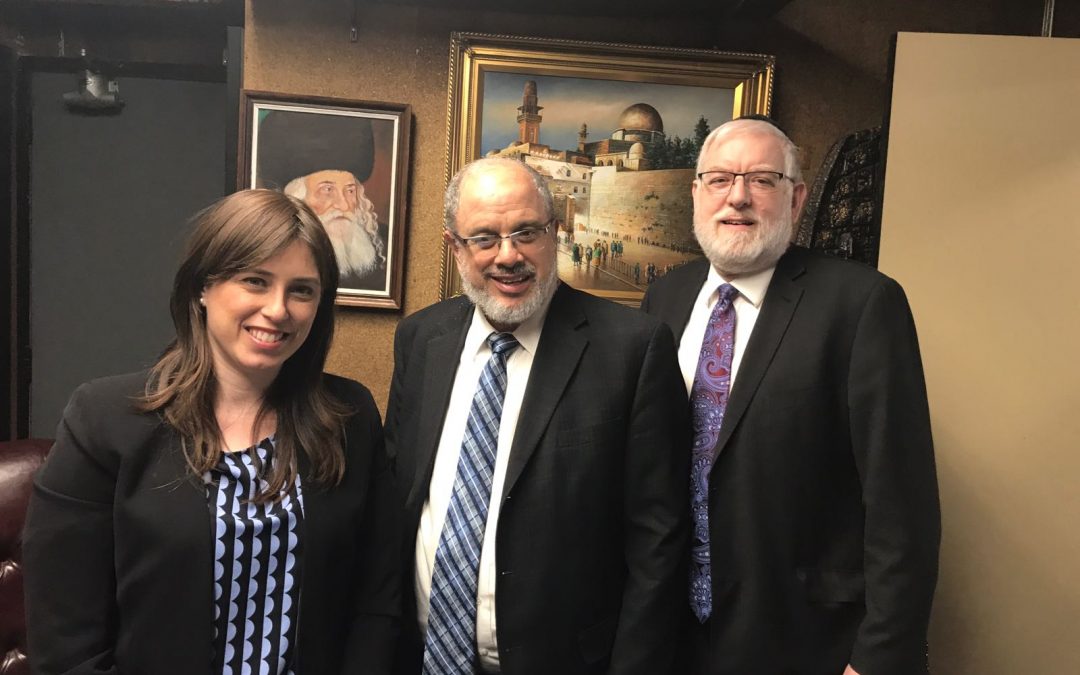 The Coalition for Jewish Values, representing over 1000 traditional rabbis in matters of public policy, today welcomed the appointment of Israel’s Deputy Minister Tzipi Hotovely as Minister of Diaspora Affairs, and rejected complaints regarding her appointment from Reform Rabbi Rick Jacobs, head of the Union for Reform Judaism. Ms. Hotovely made headlines in 2017 by pointing out that American Jews affiliated with the Reform movement “don’t know how it feels to be attacked by rockets” and have “quite comfortable lives,” and that the reason an egalitarian prayer section at the Western Wall remains empty is because they “are not even interested in going to the Western Wall.” Rabbi Jacobs complained that Ms. Hotovely “demonstrated woeful ignorance and disdain toward diaspora Jewish life,” and said that “asking Tzipi Hotovely to be Minister of Diaspora Affairs is like appointing a pacifist to be Minister of Defense.”

“Asking Rabbi Rick Jacobs for input on Israel is like asking a plumber a question on neurosurgery,” said Rabbi Pesach Lerner, President of the CJV. “The Reform movement has turned against Israel and lost its core audience, and the reason he dislikes Ms. Hotovely is that she is far too perceptive and honest about the true state of American Reform movement. Barely 15% of American Jews are affiliated with the Reform movement; they are woefully ignorant about Judaism and Israel’s struggle for survival, less and less interested, and, tragically, disappearing through assimilation and intermarriage. Among Jews who invest, visit, and encourage their children to study or live in Israel, the selection of Ms. Hotovely to head the Diaspora Affairs Ministry will be a very popular choice.”

The CJV noted that the Reform movement opposed moving the US Embassy in Israel to Jerusalem without a “comprehensive plan for a peace process,” thus holding Israel hostage to an intransigent Palestinian Authority, and similarly opposed recognition of Israeli sovereignty in the Golan Heights. When the US reversed a hostile anti-Israel policy and recognized the legality of Israeli communities in Judea and Samaria, Rabbi Jacobs improbably asserted that this move would hurt the fight against BDS and further delegitimization of Israel. Rabbi Rick Jacobs similarly claimed it was wrong for Israel to bar US legislators who employ Anti-Semitic tropes and seek Israel’s destruction. Yet Reform leaders have demanded that Israel make changes to its religious practices to conform to failed American Reform standards, and even construct a section for mixed prayer at the Western Wall — though the current facility, as Ms. Hotovely noted, goes unused.

“Having previously worked with Ms. Hotovely, including during previous visits to the United States,” said Rabbi Dov Fischer, Western Regional Vice President of the CJV, “we know her to be remarkably attuned to Jewish life in the Diaspora. As the child of immigrants from the former Soviet Union, she knows that the Diaspora is larger than one country and than one religious stream within it. She knows the challenges facing Jews in communities outside Israel. She is inspiring, sensitive, and deeply intelligent, and we welcome her selection as Israel’s new Minister for Diaspora Affairs.”