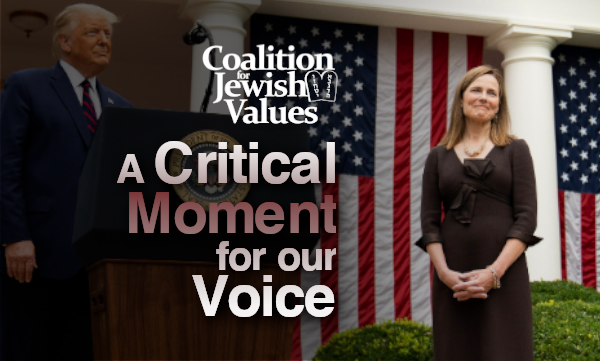 It will be a huge win for our interests if and when Amy Coney Barrett takes her seat as an Associate Justice on the U.S. Supreme Court. This is precisely what worries the leftists arrayed against her, and is why they have attacked everything from her religious views to the composition of her large family.

And this, in turn, is why the CJV is needed at this moment.

Barrett is a strict Constitutionalist who will promote and protect religious freedom, and interpret the Constitution as written rather than inventing new “rights” that collide with our values. As she faces questioning in the Senate, Barrett encounters criticism from leftists in both the Judiciary Committee and the media regarding her Catholic faith, her parenting choices, and her religious associations. Sen. Dianne Feinstein (D-CA) infamously denigrated Coney Barrett’s religious views when she was nominated to the 7th U.S. Circuit Court of Appeals in 2017, and Feinstein and her colleagues are at it again.

Backing of Barrett’s nomination from Christian organizations is expected. Backing from a Jewish organization, on the other hand, is exceptional. This is exactly the circumstance where reporters and others anticipate a chorus of Jewish voices opposing her nomination, with none to defend her.

Yet here we are, the CJV, backing her nomination and deploring the unseemly attacks upon her faith and family.

And let’s be honest, these bigoted lines of attack could have significant repercussions for our Orthodox community. As religious Jews, we have a vested interest in the Constitutional mandate that “no religious test shall ever be required as a qualification to any office or public trust.”

The CJV stands with Amy Barrett, supporting her nomination and opposing religious prejudice. Will you, today, stand with us with your generous support?