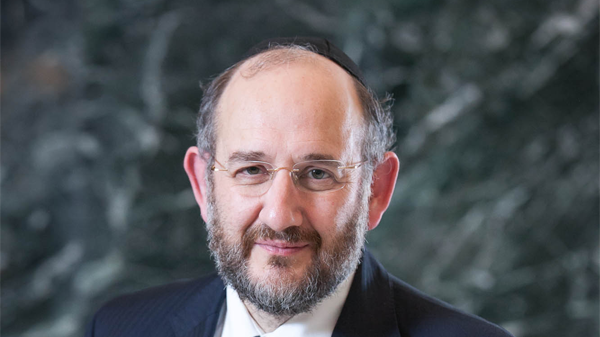 The Coalition for Jewish Values (CJV), representing over 1500 traditional, Orthodox Rabbis in matters of public policy, announced today the appointment of Rabbi Jonathan Guttentag of Manchester, England as International Liaison. As a respected senior rabbi in the United Kingdom and a member of the Standing Committee (the governing board of the Conference of European Rabbis), Rabbi Guttentag is able to coordinate communications between the CJV and Jewish communal leaders and allies in Europe and around the world when issues of common concern arise.

“Our work defending authentic Jewish values, though focused upon American public policy, has implications that extend beyond these shores. The addition of an International Liaison recognizes our growing global influence, and allows us to better champion our ideals whenever and wherever they are threatened,” said Rabbi Pesach Lerner, President of the CJV. “As someone who has worked with Rabbi Guttentag for years on many Jewish communal needs, I know he will be a welcome voice in our endeavors.”

Founded in 2017, the CJV is directed by a Rabbinic Board of internationally known rabbinic leaders who work together to find consensus on contemporary issues and advocate for traditional Jewish values in the public domain. As threats to religious liberty and Jewish values continue to grow in America and abroad, the addition of an International Liaison will allow the CJV to reflect a broader presence and, in conjunction with both international rabbinic organizations and allies, better respond to concerns overseas.

“The work of the CJV is too important to remain limited to one country,” said Rabbi Guttentag. “As the issue of Jewish values is of significance and concern to the Jewish people and society everywhere, the international expansion of the CJV signals a critical development. I am honored and humbled to be invited to serve in this position, and I look forward to working together with my American colleagues to develop new vistas and grow the coalition of those who support genuine Jewish values.”