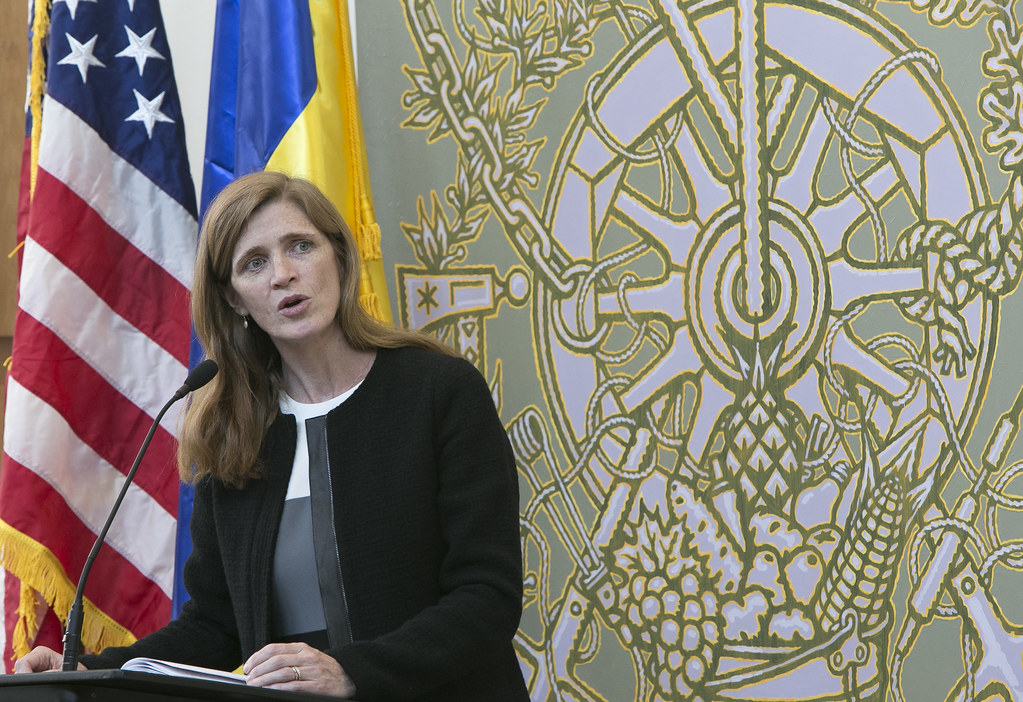 On Monday, Coalition for Jewish Values (CJV) joined a letter co-signed by a range of major faith-based and pro-Israel organizations opposing the nomination of Ambassador Samantha Power to be the Administrator of USAID. The letter, sent to Senate Majority Leader Chuck Schumer, referred to Power’s “long history of taking actions and making statements that are inimical to the U.S.-Israel relationship and both nations’ security.”

In particular, the letter focused upon Power’s crucial role in the passage of United Nations Security Council Resolution 2334 in 2016. That resolution, which the letter characterized as anti-Semitic, described Jerusalem’s Old City, the Temple Mount, Hebrew University, and the burial place of the Patriarchs in Hebron as Arab land illegally occupied by Israel. The resolution was overwhelmingly rejected by the U.S. House of Representatives “as an obstacle to Israeli-Palestinian peace” in 2017 by a 342-80 vote.

Power’s anti-Israel sentiments, as pointed out in the letter, go back at least to 2002, when she falsely suggested that Palestinians needed a “mammoth protection force” as the conflict was “moving towards genocide.” She accused Israel of war crimes in more recent speeches as well, including when she equated the brutal murder of Israeli civilians with the neutralization of Arab terrorists.

“Prior to and during her term as UN Ambassador, Power showed herself to be out of touch with the values of the American people and the geopolitical threats to our nation and our allies,” said Rabbi Yaakov Menken, CJV Managing Director. “She whitewashed terrorism, demonized Israel’s self-defense, and even claimed that holy Jewish cities are ‘occupied Arab land.’ Most frightening, she tried to remove the terror designations of Hamas front groups. This record leaves Power wholly unqualified for such a sensitive post.”

The letter is also signed by, among other major organizations, the Jewish Heritage Preservation Society, Family Research Council, Americans for a Safe Israel, Americans for Peace and Tolerance, the Endowment for Middle East Truth, Proclaiming Justice to the Nations, the Rabbinical Alliance of America, the World Council of Independent Christian Churches, and the Zionist Organization of America.

Coalition for Jewish Values (CJV) is a 501(c)3 non-profit that advocates for classical Jewish ideas and standards in matters of American public policy. The largest rabbinic public policy organization in the country, CJV represents over 1,500 traditional Jewish leaders.