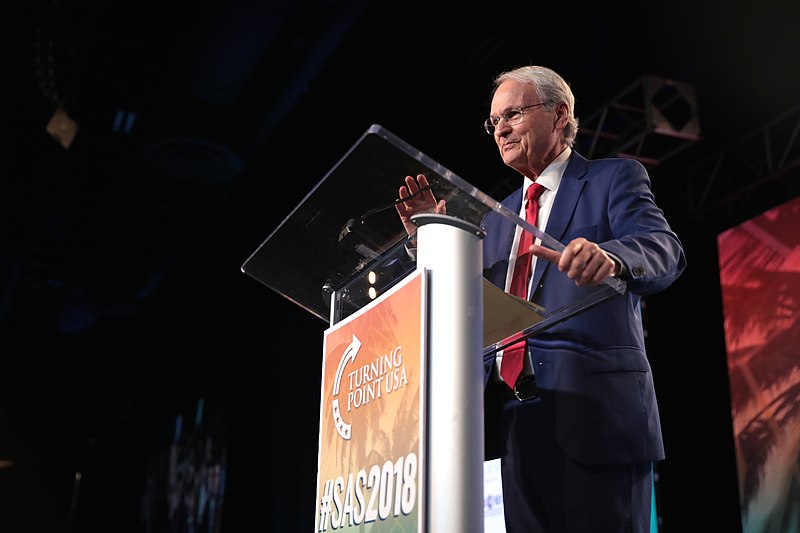 After a months-long process that included recriminations of white supremacy and support for anti-Semites, the Jewish Community Relations Council of Boston (JCRC) voted against expelling the Zionist Organization of America (ZOA) after several left-wing groups sought its ouster.

The final vote, which took place on April 27, was 40 to expel, 48 against it with 10 abstentions. According to JCRC, a two-thirds majority of members present is required to expel a member. The decision came after two key committees of the JCRC also voted against expelling ZOA earlier this month.

The JCRC also voted on a measure to adopt a new bylaw that clarifies the council’s stance on what would constitute future grounds for expulsion. In this case, the measure was focused on the issue of white supremacism, which the petitioners had accused the Zionist Organization of American and its national director, Mort Klein, of engaging in.

The new bylaw, which passed with 66 in favor and 10 against, with 10 abstentions, states that no JCRC member “should legitimize or normalize organizations or individuals who embrace white supremacy, white nationalism or the conspiracy theories which underlie these ideologies.”

In a statement, ZOA said it is “gratified that rational sanity has prevailed at JCRC/Boston” and thanked its supporters within the Boston JCRC, as well as from Combined Jewish Philanthropies (Boston’s Jewish Federation) and the JCRC board. “ZOA appreciates the clear majority of JCRC members who saw through the obvious, breathtaking lies. We must and we will continue to fight to prevent the far-left from trying to divide the Jewish community by attempting to censor opinions they disagree with.”

Last year, left-wing Jewish groups, including Workmen’s Circle, J Street, Jewish Alliance for Law and Social Action, Jewish Labor Committee, Keshet, New Israel Fund and Women of Reform Judaism, filed a petition to expel ZOA, claiming that the rhetoric used by Klein “crosses into xenophobic and racist territory” and is “not compatible with and is in conflict with the mission of JCRC.”

Despite the outcome of the vote on Tuesday in favor of ZOA, the JCRC has been criticized over the petition process, with some calling it a double standard of accusing ZOA of engaging in white supremacy but ignoring the purported misconduct of other organizations.

‘False and hypocritical charges of bigotry’

Last week, the Coalition for Jewish Values, a political group representing more than 1,500 Orthodox rabbis, said the JCRC should be “embarrassed” for entertaining accusations of bigotry against ZOA.

Further, it said that while the accusations against ZOA were moving forward, one of the petitioners, J Street, recently hosted Palestinian Authority leader Mahmoud Abbas, who has been accused of supporting terrorism and engaging in Holocaust denial, at its annual conference.

“For far too long, radical, partisan organizations that partner with and assist Israel’s enemies, like J Street, have gotten away with slandering anyone who represents or defends Israel,” asserted CJV vice president Rabbi Yoel Schonfeld. “Fundamental justice obliges us to speak out against these false and hypocritical charges of bigotry.”

The JCRC vote also represents a larger debate within the American Jewish community over defining hate and anti-Semitism. Progressive groups, including many of the petitioners, hold up white supremacy as the main threat, while others argue that anti-Semitism comes from other sources as well, including the far-left, far-right and radical Islam.

In past tweets and statements, Klein has labeled Black Lives Matter as anti-Semitic and anti-Israel, and has urged that it be labeled a hate group. In its presentation to the JCRC, ZOA highlighted the attacks by rioters during Black Lives Matter protests in May 2020 that also targeted Jewish restaurants and synagogues in Los Angeles.

Klein has also been outspoken in his condemnation of groups such as J Street, the New Israel Fund and Women of Reform Judaism, which he has accused of defending Reps. Ilhan Omar (D-Minn.) and Rashida Tlaib (D-Mich.), as well as political activist Linda Sarsour, all vocal supporters of the BDS movement against Israel.

In his statement after the JCRC vote, Klein took aim at J Street and other progressive groups, saying these “radical adversaries condemned ZOA based on a set of distortions, absurdities and blatant lies.”

He continued: “The extremists wrongly condemned ZOA as ‘racist’ for criticizing the Black Lives Matter organization which has called Israel an apartheid genocidal state and fights to ‘dismantle Israel.’ ”

“The community can no longer afford to ignore true threats to Jewish and Israeli interests,” said Klein, adding that J Street supports BDS in Judea and Samaria, and restricting aid to Israel. “And we cannot allow anti-Israel groups to tear apart the community with false attacks on Israel’s defenders.”

In its statement on the vote, the JCRC calmed the debate while reaffirming its stance on white supremacism.

“Since JCRC’s founding, we have embraced a ‘big tent’ approach to our network, which is comprised of 40 organizations, striving to welcome all voices advancing the interests of the organized Jewish community, and have been committed to representing a diversity of viewpoints,” the JCRC said in a statement.

“We believe that it is possible for robust support for the U.S.-Israel alliance, including vigorous advocacy, to thrive without embracing white supremacy and bigotry,” said the council, adding that “we reaffirm that there will be no place for white supremacy, white nationalism or related conspiracy theorists in our organization.”

The council also noted that in 2019, it initiated a review process of the Boston Workmen’s Circle, one of the groups involved in the ZOA petition, over BDS support tied to Jewish Voice for Peace.

“When a similar situation arose in 2019, the JCRC membership did not expel an organization which had engaged in activities many felt to be inconsistent with our mission,” it said. “JCRC’s members are committed to coming together to understand the experiences of others and to hear their perspectives, even as they differ from our own.”