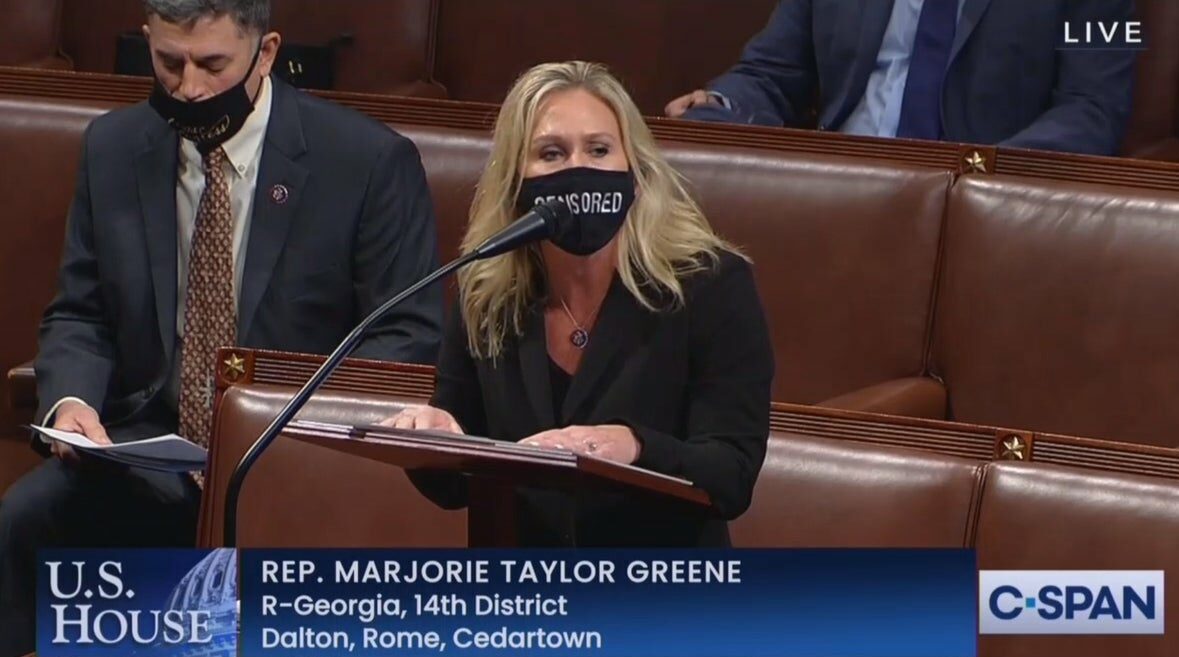 Rep. Marjorie Taylor Greene (R-GA) recently made and repeated an inappropriate comparison between mask requirements and Holocaust-era degradation of Jews. She first compared Speaker Pelosi’s rules to the way Jews were “treated like second-class citizens, so much so that they were put in trains and taken to gas chambers in Nazi Germany,” and then, when challenged, repeated her assertion of a link between “overbearing mask mandates and overbearing vaccine policies” and “what happened in Nazi Germany” as things which “any rational Jewish person doesn’t like.” House Minority Leader Kevin McCarthy and Minority Whip Steve Scalise issued statements condemning Greene’s remarks, as did Senate Minority Leader Mitch McConnell.

Comparing the Holocaust to anything less than genocide is never acceptable.

We support the condemnation of Rep. Greene’s imprudent remarks, including from leaders within her party. These stand in marked contrast to the silence of Democratic leadership in the face of repeated antisemitic statements from within their ranks, especially during the recent conflict in Israel.

We also appreciate Rep. Greene’s strong support during that time and her rebuttals of those hateful statements, but it remains outrageous to compare mask policies with Nazi edicts. She must recognize that comparisons of this nature minimize inconceivable pain, and that she must publicly apologize for the insensitivity of her remarks.