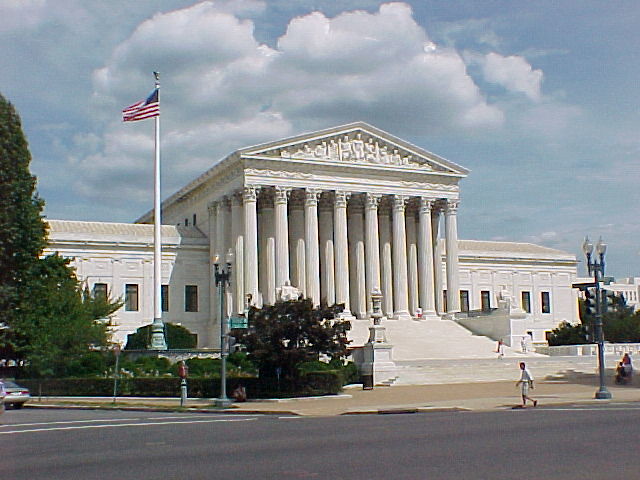 The Supreme Court has the chance this month to protect religious freedom, religious minorities and foster families. In Fulton v. City of Philadelphia, the Court will determine whether Catholic Social Services (CSS) will be permitted to resume providing foster care services, as it did for more than 200 years.

The city of Philadelphia shuttered CSS because, hypothetically, a same-sex couple could approach CSS for a “home study” (an intimate, detailed family evaluation) that the agency could not complete in a way that both affirms same-sex marriage and remains consistent with its Catholic beliefs. CSS stated that it would help such couples find a different agency (there are dozens across the city) that could complete the “home study,” and noted that no same-sex couple has ever approached it. Yet the city refused all compromise.

Although the Fulton case specifically involves the Catholic Church, freedom of religious practice for all is at stake. If Philadelphia gets its way, the Court will have handed governments a legal tool to use against minority religious communities.

Some argue that, on the contrary, a decision favoring CSS is more likely to enable discrimination against religious minorities. This claim rests upon the same illogical—and profoundly dangerous—distortion activists use to claim anti-LGBT discrimination: misrepresenting freedom of association and pursuit of a religious mission as a “license to discriminate.”

Another agency, South Carolina’s Miracle Hill Ministries, has become a national focal point due to its religious limitations. Like CSS, Miracle Hill is a religious ministry, committed to serving foster children in accordance with its beliefs. But unlike CSS, Miracle Hill makes evangelism part of its mission, and requires those who wish to provide services under its auspices to sign a statement affirming its doctrine.

Two things are immediately obvious: first, the aforementioned requirement entirely precludes, for instance, a Jewish family from providing services through Miracle Hill; second, this is in no way discriminatory. Miracle Hill does not prevent Jews—or anyone else—from serving as foster parents. Nor does it impinge upon anyone else’s religious expression. The public square is big enough for everyone.

Ignoring this reality, some tarnish Miracle Hill (and separately, CSS) as engaging in “government-funded discrimination.” This is both wrong and misleading. No government funds are provided to Miracle Hill for administration, advertising, recruitment or evaluation of potential foster care families. CSS receives no payment for carrying out home studies. Private agencies and families receive partial reimbursement for the costs of caring for each individual child successfully placed, while relieving government of providing the same service at far greater taxpayer expense.

As all children requiring foster care go through state-operated social service departments, what is at stake for religious foster agencies is their very ability to participate in public life. There is no credible argument that eliminating faith-based foster and adoption agencies expands availability of loving homes for children. On the contrary, eliminating those agencies means eliminating their public outreach, and removes from the adoption pool any families that would choose to work with those agencies because of their shared religious creed. Given the severe shortage of foster care homes for needy children, closing these agencies causes clear and demonstrable harm.

For the Jewish community, foster care and adoption are deeply connected with our most basic beliefs. We regard it as a religious obligation to place Jewish children in Jewish homes, where they will receive a Jewish education and participate in our observances. Were it to be deemed “discriminatory” for Miracle Hill to limit its providers to those who share its beliefs—or for CSS to step aside and allow other agencies to perform home studies for same-sex couples—our own religious obligation to place a Jewish child with a Jewish family could likewise be infringed.

This threat to religious freedom has real implications for children. Because Philadelphia refuses to work with CSS, children in need of foster care are being kept in institutional settings, rather than being placed with loving foster parents. Both the city and LGBTQ activists claim that this flagrantly inhumane outcome is good for society.

Furthermore, we see a clear and compelling pattern of harassment. Philadelphia prohibits CSS from operating due to what the city admits is an entirely hypothetical concern. Miracle Hill’s threat comes from a woman whose own religious authorities say that she could affirm its doctrine—but who refuses to do so, simply to give lawyers at Americans United for Separation of Church and State a case to prosecute. And in other cases across the country, from small businesses to major universities, institutions which have served the public for decades if not centuries are being told to choose between abandoning religious principle, refusing funding available to all others, or closing down outright.

The idea that minority religious groups will benefit if success is granted to this tactic could hardly be more ludicrous.