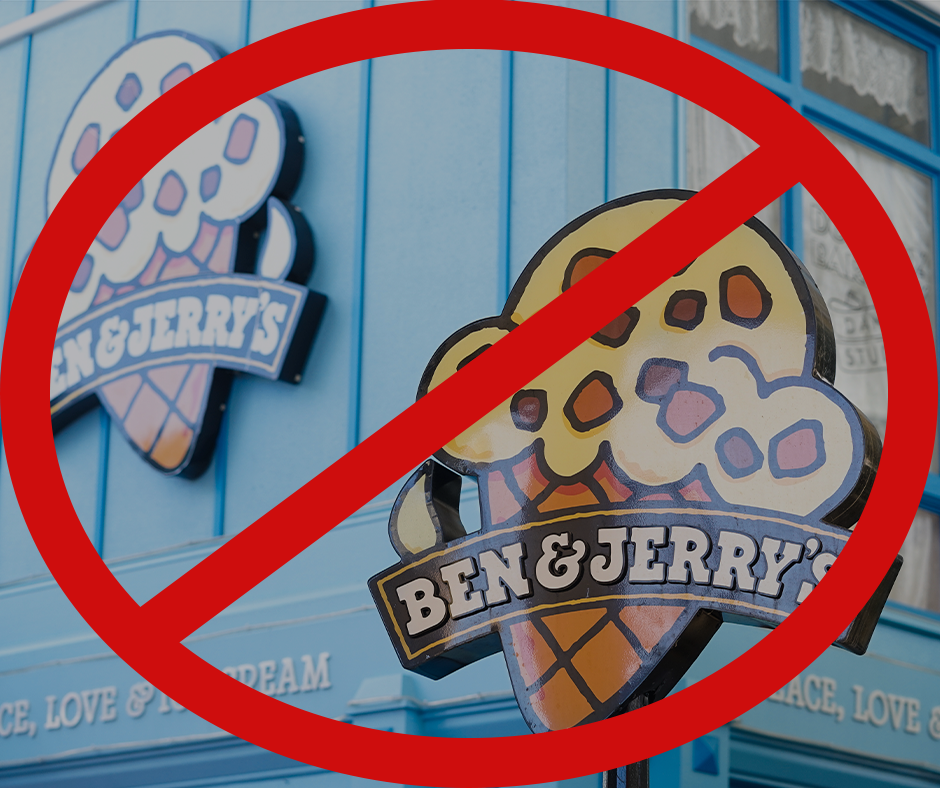 Coalition for Jewish Values announced today that over 10,000 people have now pledged to boycott Ben & Jerry’s because of the company’s decision to engage in a boycott against Israeli territory. CJV President Rabbi Pesach Lerner issued the following statement:

Those claiming that Ben & Jerry’s policy is not antisemitic only demonstrate their ignorance of antisemitism. The link between the Jewish people and their historic homeland is unbreakable, and BDS is an unambiguous rejection of that reality.

For Ben & Jerry’s—whose headquarters in Vermont sprawls across the land of the Abenaki and other Native American tribes—to describe Jews living in Judea and Samaria as “occupiers” is preposterous. It puts Ben & Jerry’s in the company of millennia worth of bigots, and, today, antisemites who threaten and carry out violent acts against Jews around the world.

Those who will boycott Ben & Jerry’s until its antisemitic policy is reversed can sign CJV’s petition here.