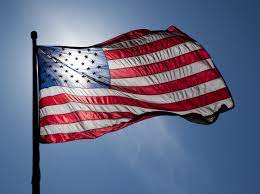 As a young child, my grandfather fled Communist Russia in the back of a horse-drawn wagon, hiding underneath a pile of hay—which a Bolshevik border guard stabbed with a pitchfork to prevent such escapes from totalitarianism. Fortunately, he was unharmed, and found refuge in America.

It’s true that, once they arrived in the United States, Jews of my grandfather’s generation endured antisemitic slurs, were held back by quotas at universities, prevented from renting apartments and buying homes, and excluded from social organizations. Still, they knew with certainty that America was the land of freedom and opportunity. They grasped its fundamental goodness, which is why they were willing to endure the not-so-good. And they understood their new home’s capacity for progress was assured, rooted as it is in timeless moral principles.

Each new January 1, we take stock of our actions over the previous 365 days and make resolutions to improve as individuals. The Fourth of July should serve a similar function, but on a broader scale as a nation of citizens. This is our opportunity as a people—united by distinctive history, ideals, and culture—to evaluate where we’ve been and to consider our future, by evaluating the state of the American experiment.

A staffer at Turning Point USA once asked me how I, as a rabbi, respond to those who insist the Bible has done little for mankind. I responded, “Well, the critics do have a point, but only if you’re willing to discount cherishing human life, the brotherhood of man, peace over warfare, impartial justice, universal education, charity, and social responsibility.” In other words, whathasn’tthe Bible offered to mankind, and, to be more specific, civilization as we know it? No less important is that the values that flow from the Book of Books are precisely those the Founding Fathers wished to actualize on these shores.

In 1790, George Washington promised the Jewish congregation of Newport that America would always aim to be a place where “every one shall sit in safety under his own vine and figtree, and there shall be none to make him afraid.”And for centuries, that dream has not only remained intact, but grown. In 1989, shortly before Ronald Reagan left the White House, he spoke about the “shining city on a hill” envisioned by John Winthrop, an early Pilgrim. He observed that America was “teeming with people of all kinds living in harmony and peace,” and, despite its flaws and errors, remained, after over 200 years, a beacon of freedom to the world.

To Reagan, as to the Founding Fathers, progress was only good when it more perfectly realized America’s founding principles. This is fundamentally at odds with political progressivism, which maintains that new ideas are almost always an improvement over the old.

Now, no one questions the real progress made in understanding science, mathematics, and technology. We, for instance, benefit from medical techniques entirely unknown only several years ago. But in the realm of Big Ideas, the assumption that progress is inevitable—and, thus, the latest notion should automatically supplant everything that has come before—has only become harder to verify. In rough chronological order, the previous century gave us communism, Nazism, and terrorism. It should be obvious that what is “new” is not necessarily better.

Traditional Judaism is built upon an entirely different paradigm, that ofyeridas hadoros (“decline of the generations”). Mount Sinai was the source of knowledge, and Moses was the only prophet who could speak with G-d with full clarity, “face to face.” In other words, we cannot capture the full knowledge of generations that were closer to that revelation. Yet our most passionate efforts are directed towards clinging to that ancient wisdom.

If this conflict between far-left radicalism and Biblical values were not enough, today it seems that no more true progressives remain. The “progressive” of 2021 is more accurately a “rejectionist,” because instead of improving America, they would prefer to destroy it.

What Critical Race Theory, intersectionality, identity politics, the 1619 Project, and Black Lives Matter share in common is the belief that America is not a beacon of freedom, but rather an intrinsically evil enterprise. This is nefarious not only because it’s inaccurate, but also because of the means that it requires and justifies. Something intrinsically evil cannot be improved; it must be burnt to the ground. And what should replace it? By their count, a preferential system that doles out benefits to groups who claim victim status, no matter how tenuous their relationship to actual persecution.

Rep. Ilhan Omar (D-MN) epitomizes this woke revolution. She is the daughter of a Somali Army Colonel, who himself was born to one of that country’s “noble” clans. She left the humanitarian disaster that those clans created to find a new home in the land of opportunity that is the United States. Here, she was afforded shelter, an excellent education, and virtually every opportunity—even that of becoming a U.S. Congresswoman.

Yet Rep. Omar recently claimed that Jewish colleagues in Congress, several of whom are descendants of Holocaust survivors, have “not experienced injustice” as she allegedly has. And she said this to avoid apologizing both for her antisemitic remarks, and for having likened both the United States and Israel to Hamas and the Taliban. She, the other members of “The Squad,” and those who elected them, all see America as a sinister regime, comparable to governments of authoritarians and genocidal terrorists.

Does the Star-Spangled Banner yet wave, o’er the land of the Free and the home of the Brave? This Fourth of July, it does. But it might not for our children and grandchildren if Americans lack the courage to stand up at this moment. Nothing is guaranteed. Nothing is inevitable. As citizens, it is our duty to regularly rediscover our past, and recognize what the Founding Fathers so successfully set in motion. That certainly doesn’t mean ignoring the bad. It means maintaining perspective by also remembering what makes America great.