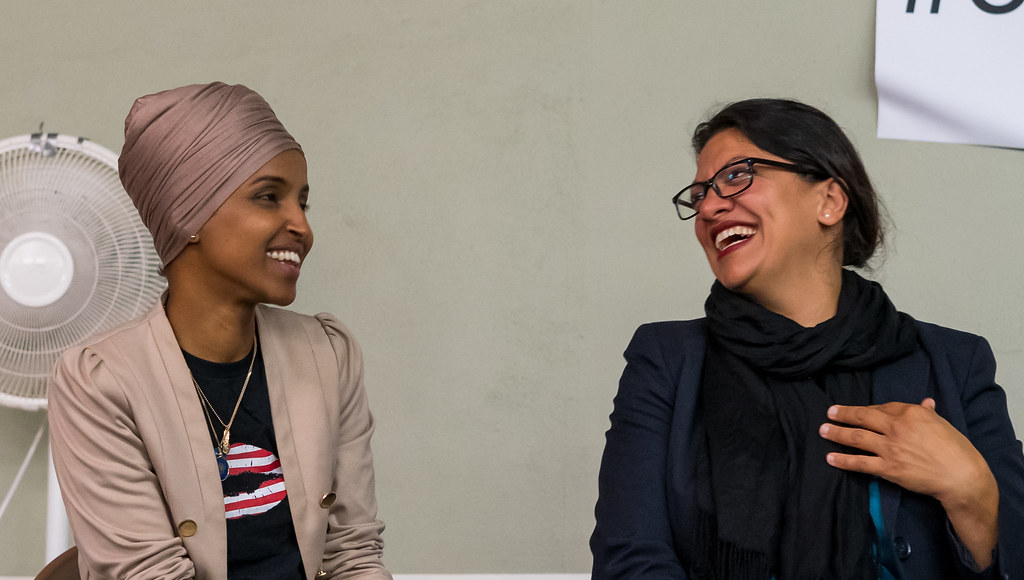 By now, most public figures have commented on the tragic situation in Afghanistan, and the members of “the Squad” are no exception. But what is most notable about their statements is what is left unsaid. These purported advocates for Muslims, women, and People of Color are displaying no concern for the Afghan people as living, breathing human beings. Instead, they are exploiting a humanitarian crisis to further their partisan agenda.

The Squad displays concern for those few Afghans able to reach the United States, 7,400 miles from home, to the near-total exclusion of the 38 million Afghans in Afghanistan. In other words, its members care less about Afghans than their own “open borders” agenda, which falsely portrays America as racist and lacking empathy. Every member of the Squad is demanding entry of Afghan refugees into the United States before considering the fate of those left behind with the maniacal Taliban, which despises notions of equality and individual liberty.

Rep. Alexandria Ocasio-Cortez (D-NY) tweeted that “the United States has a singular responsibility in extending safe refuge to the Afghan people.” She elaborated, “We must waste no time or expense in helping refugees safely & swiftly leave Afghanistan. We must immediately welcome them to the U.S. & provide real support.”

Rep. Rashida Tlaib (D-MI) echoed, “The US—and the rest of the international coalition—must provide shelter to *all* fleeing the Taliban,” and “Let’s start by opening our country to shelter refugees fleeing the consequences of our actions.”

Rep. Cori Bush (D-MO) said, “we must welcome many, many more refugees as quickly as possible.”

Rep. Jamaal Bowman (D-NY) added that “we should reassess the humanity and viability of the White House’s limit on refugee arrivals—and exceed that limit if necessary.”

And Rep. Ilhan Omar (D-MN) called for the US “to provide refuge for the huddled masses yearning to breathe free in Afghanistan and around the world.”

Rep. Ayanna Pressley’s tweet, while proclaiming humanitarian concern, summarized the blindness of the Squad’s approach. She wrote, “The U.S. should do everything in our power to safely evacuate advocates, refugees, and journalists alongside U.S. personnel and allies. Each person in harms [sic] way matters deeply.” Her only suggestion was that refugees be evacuated, mentioning no destination other than the United States. Her obvious and egregious failing is to imagine that the tens of millions of Afghans left under Taliban rule are not in harm’s way.

For those few who did not make individual statements, Rep. Pramila Jayapal (D-WA) spoke on behalf of the full Congressional Progressive Caucus. She demanded, first and foremost, that “The United States must ensure refugee processing moves forward without bureaucratic delay.” Only then did she add a call for “humanitarian aid to support civilians who fled to Kabul and provincial capitals” and “urge” Biden to “to continue engaging diplomatically with the Taliban.”

It is astounding that not one member of the Squad emphasized those with U.S. citizenship or Special Immigrant Visas, given to those individuals who helped the United States, and whose lives, thus, are particularly at risk. They said nothing, in fact, about the need for the United States to maintain some degree of presence in Afghanistan until people at risk are evacuated.

Rep. Omar, to her credit, is the exception in that regard. She said that “we must hold the airport in Kabul and lead a multinational airlift operation” in order to “evacuate every Afghan citizen who is fleeing for their lives.” But she said that while praising “the largest evacuation in US history,” failing to note that the need for such a large and rapid evacuation was the direct result of American malfeasance, mendacity, and abandonment, and that it was certain to leave tens of millions behind under Taliban oppression.

Rep. Omar is apparently unaware that the United States abandoned large numbers of Americans and Afghans. She claimed instead that the airlift has gone off “without hostages or causalities [sic].” She should try explaining this to Americans attacked and driven off trying to reach the airport, now in fear for their lives—much less the millions of Afghan women left begging to be freed. If they are not hostages, it is only because the United States has abandoned them entirely.

The Squad seems to display no interest in the oppression of Muslims, or anyone else, unless the United States—or Israel—can be blamed. America’s true failure here was deserting Afghans to live under totalitarian repression, rather than continuing to protect their natural and civil rights.

The Squad must distract our attention from that simple truth, because it contradicts their ongoing demonization of the militaries and law enforcement of first-world democracies. During what AOC described as “20 years of war and occupation,” and Bowman called “the most recent example of American interventionism gone wrong,” Afghans voted for their leaders for the first time in history. Women were able to go to school, gain advanced degrees, and run businesses. Now those women unable to flee for their lives are more likely to be taken as Taliban sex slaves than to enjoy the human rights and civil liberties that they had under U.S. military control.

It took years of American involvement in Germany, Japan, Taiwan, South Korea, El Salvador, and elsewhere for democracy to flourish. But the freedoms and opportunities granted to the citizens of those nations were immediate and extensive. America’s greatest failure in Afghanistan was abandoning 38 million Afghans to the Taliban. The Squad, whose narrative depends upon depicting the U.S. military as evil occupiers, would prefer that you not notice.

Rabbi Yaakov Menken is managing director of the Coalition for Jewish Values.