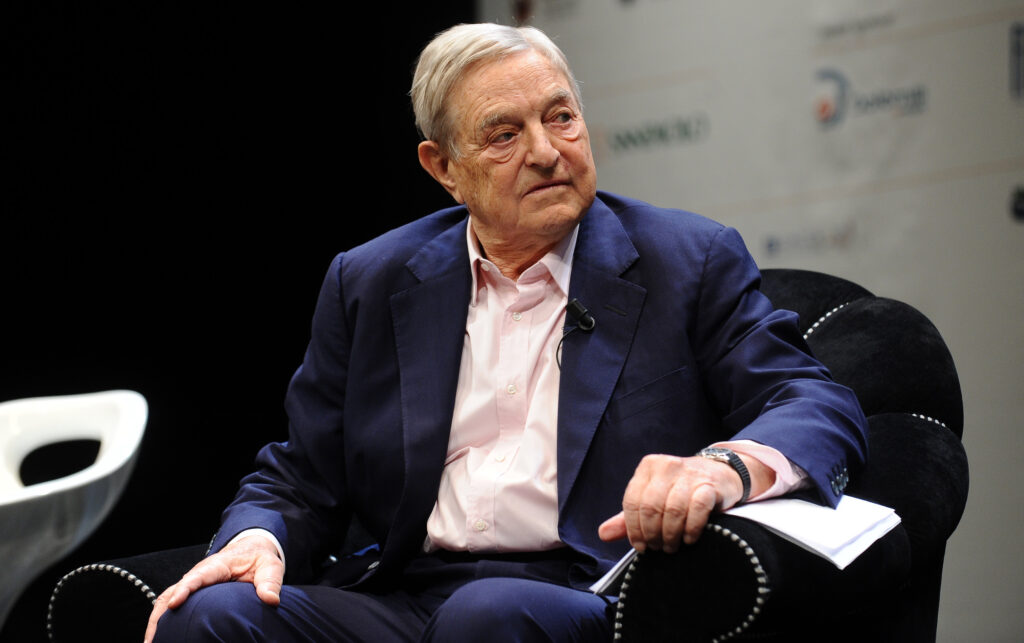 Addressing supporters this week, Virginia Republican gubernatorial candidate Glenn Youngkin took aim at both his opponent and one of the foremost backers of progressive causes. “The blame for… the present chaos in our schools lays squarely, squarely at the feet of 40-year politician Terry McAuliffe… but also at George Soros-backed allies.”

The response was as fast and furious as it was predictable. “I call it out in my own party and I’m calling it out now,” tweeted Democrat Congresswoman Elaine Luria, of Virginia’s Second District. “Evoking George Soros as a shadowy funder is an anti-Semitic conspiracy theory. This is an unacceptable statement from Glenn Youngkin.”

Luria’s criticism is misplaced for two reasons. First, there is no comparison between Youngkin condemning Soros and his allies and Rep. Ilhan Omar, D-Minn., targeting all Jews. More fundamentally, it is counterproductive to employ the charge of anti-Semitism to shield an individual of Jewish origin from legitimate criticism.

And criticism of Soros is legitimate.

Soros and his Open Societies Foundations have been working to elect left-wing district attorneys whose focus on “criminal justice reform” has resulted in the failure to prosecute even violent offenders, targeting of police, and unsafe streets for millions of Americans. In 2020, he started the Open Society University Network to “transform” higher education by integrating “civic engagement,” meaning left-wing indoctrination, into academics.

Regarding children’s schooling, a Soros priority for decades, the Open Society Foundations are backing the “1619 Freedom School,” started by Nikole Hannah-Jones, the New York Times journalist responsible for the “1619 Project” that slanders the United States as founded to promote racism and slavery, rather than freedom.

Not incidentally, the foregoing are also not the worst of Soros’ activities.

Open Society funds groups like the Arab American Institute, which condemned Israel for protecting civilians by placing barriers in the way of suicide bombers; Ilam, a propaganda network blaming Israel for Arab terrorism; Gisha, which aims to give terrorists from Hamas-run Gaza free rein to enter Israel; and the National Iranian American Council (NIAC), which lobbies on behalf of the murderous, theocratic Iranian regime.

NGO-Monitor, a respected research institute promoting transparency and human rights, concluded in a 2013 report that Soros-funded groups exacerbate tensions throughout the Middle East, while pretending to promote peace.

These Soros investments make life less safe for everyone, especially for Jews. Criticizing him for these reasons is not anti-Semitic. In fact, it is absolutely fair and right and just.

In the Book of Isaiah [5:20] we read, “Woe to those who call evil good and good evil, who put darkness for light and light for darkness, who put bitter for sweet and sweet for bitter.” In other words, call it like it is.

Unfortunately, the Anti-Defamation League (ADL) sometimes doesn’t do that. The ADL, founded to combat anti-Semitism a century ago, was taken over in 2015 by CEO Jonathan Greenblatt, an ex-Obama appointee with no background in Judaism or Jewish causes, much less in fighting anti-Jewish hatred. It released a report in 2018 dismissing criticism of Soros’ targeted investments in left-wing causes as “conspiracy theories” spread “in far-right circles.”

Given that he previously directed a program funded by Soros, it is unsurprising, though distressing, that Greenblatt would leverage the ADL’s credibility to protect his former patron. But if criticizing wealthy Jews for funding political causes is anti-Semitic, why did the ADL not defend the late Sheldon Adelson, a wealthy supporter of conservative causes, with equal vigor?

Hatred of Jews is too real and too dangerous to be utilized as a partisan cudgel. It makes the charge of anti-Semitism more likely to be dismissed on the occasions when the danger is, in fact, real.

Fighting anti-Semitism is obviously a Jewish value, but it is also an American value. As George Washington wrote in his letter to the Jews of Newport in 1790, the government of the United States “gives to bigotry no sanction, to persecution no assistance.”

When people use their wealth to promote partisan causes, that is certainly their right. Similarly, it is not illegitimate, much less anti-Semitic, to criticize them and the organizations they back. In fact, when their efforts result in less civility, increased tension and danger to our very lives, this condemnation is an expression of both Jewish and American values.