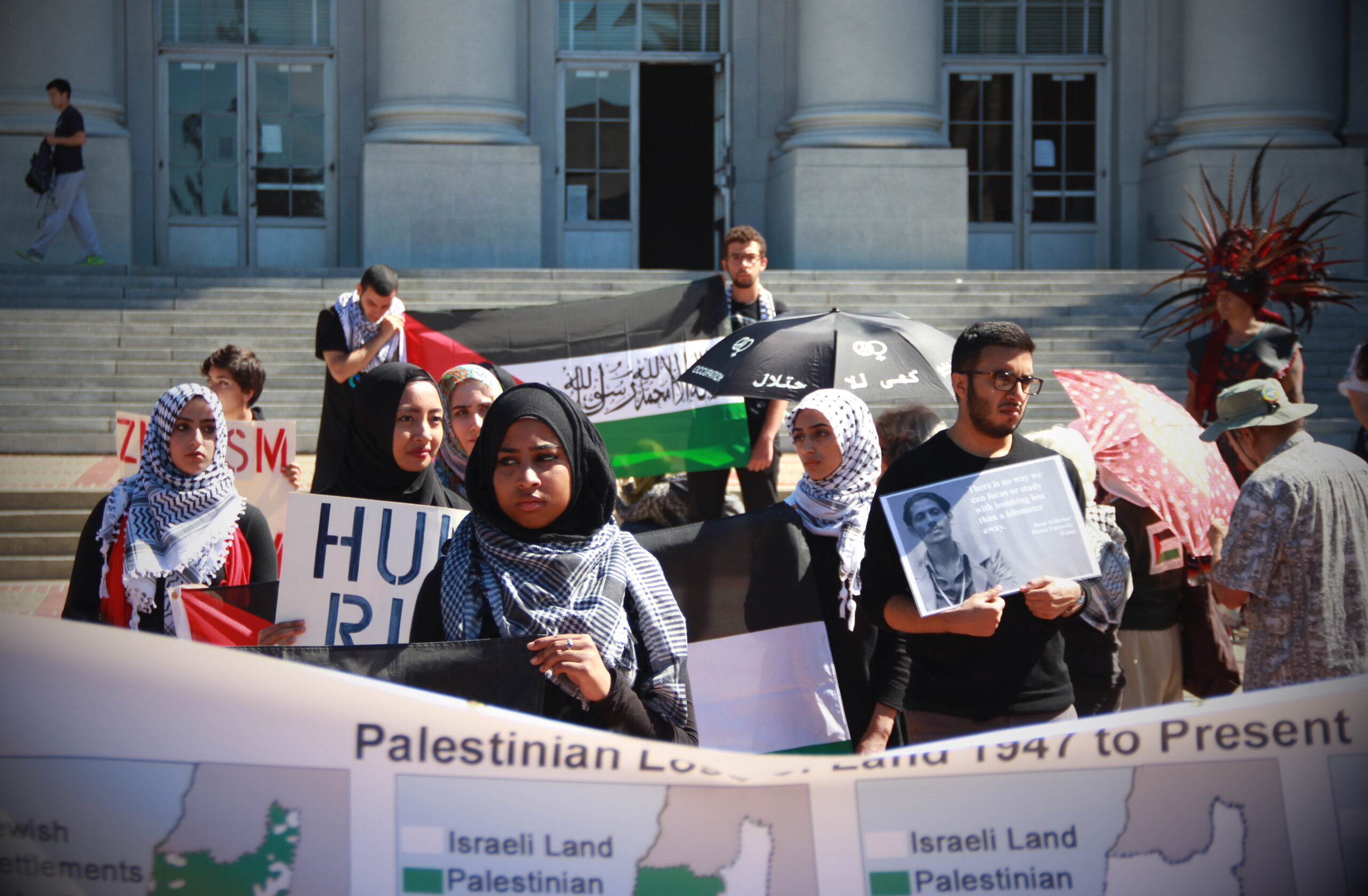 On Tuesday, the Brandeis Center for Human Rights Under Law publicly demanded the University of Massachusetts address an antisemitic incident that the university has tried to keep under wraps since June. Per the Brandeis Center, a reporter was “accosted, spat at, shoved and called a Nazi and a pig solely based upon his perceived identity as a Zionist.” The culprits were local affiliates of a group familiar to anyone studying antisemitism on campus: Students for Justice in Palestine (SJP).

Not long ago, idealistic young students gathered at college to promote human rights causes around the world. Fighting for truth and justice, they called international attention to Apartheid in South Africa, and genocide in Rwanda, Bosnia, and Darfur. No more.

It is not as if the world has less need for their voices. According to Freedom House, home of an annual global survey of political rights and civil liberties, 2020 was the fifteenth consecutive year of decline. Yet during that same period, virtually all of the campus bumper stickers, placards, digital campaigns, and de-platforming protests fixated upon one imagined culprit: Israel.

The first-ever International Religious Freedom (IRF) Summit convened this past summer in Washington, DC. Government officials and activists from around the globe gathered to highlight and address repression and persecution.

They studied Nigeria‘s ongoing war against Christians, with over 50,000 murderedover the past two decades. They reviewed the ISIS-led massacre of Yazidis and Christians in Northern Iraq, where well over one million Christians have been slaughtered or ethnically cleansed since 2003, such that only 250,000 remain. Meanwhile, 3,000 Yazidis remain missing, believed to be enslaved by Islamist captors. And, of course, they highlighted China’s ruthless occupation of Tibet, Southern Mongolia, and East Turkestan—where minority Uygher Muslims by the millions are herded into concentration camps for “re-education.”

With all eyes upon ongoing repression, forced labor, sexual violence and genocide, the IRF Summit featured no plenary address, breakout session or even resource table regarding the purported plight of Palestinians.

How could it be otherwise? Freedom House reports that Israel is the only free country in that part of the world. Arabs in Israel and its territories enjoy longer lifespans, superior healthcare, greater access to higher education, and dramatically higher respect for their human rights and personal dignity. Israel is the only Middle Eastern country with both Jews and Arabs in its government, and the only one where Ahmadiyya Muslims practice without persecution.

Thus going onto a college campus is akin to stepping through the looking glass into an inverted reality, where words like “genocide,” “ethnic cleansing” and “apartheid” mean no more than the verses of Jabberwocky. America’s future leaders are being coopted into an antisemitic campaign thinly disguised as a human rights movement.

Students for Justice in Palestine (SJP) was founded at University of California, Berkeley, where Israel is less respected than ISIS and Hamas. It celebrates those who commit antisemitic atrocities, such as Dalal Mughrabi, who murdered 38 civilians, including 13 children, on a bus in 1978, and Rasmeah Odeh, who orchestrated terror bombings resulting in the murder of a pair of college students. One searches in vain for an honoree at any of SJP’s over 200 campus chapters who is not a murderer, terrorist, or a promoter of antisemitic tropes.

The organization’s vision of “peace” is that of Iran, Hamas, and Hizbollah: a Middle East rendered Judenrein—”free” of Jews. Yet despite the obvious, this hate group is commonly granted college recognition and funding.

As it diverts attention from genuine atrocities, SJP incites students to commit their own. At the University of California, Davis, SJP pushed an unconstitutional “divestment” from Israel through the Student Senate in 2014, shouting “Allahu Akhbar!“ at Jewish students and their allies. Two separate Jewish organizations at UC Davis were defaced with swastikas and graffiti calling to “grout out the Jews” in succeeding days.

In 2018, SJP members committed vandalism and physical assault against Jewish students at New York University. Outrageously, the university conferred the President’s Service Award upon the organization a year later; a Jewish campus leader correctly likened this to giving a humanitarian honor to the Ku Klux Klan. The university later reached a settlement with the U.S. Department of Education after having “mishandled“ incidents of antisemitism.

In 2020, the three highest elected officers of the University of Southern California’s Undergraduate Student Government were intimidated into resigning by ruthless antisemitic attacks and online harassment incited by the local SJP. Two of the three were explicitly targeted for their affiliation with Hillel International, a non-partisan Jewish student organization. USC’s President eventually condemned the outrageous behavior, but it was too little, too late. And these are merely a sampling, documenting the direct connection between SJP’s “Anti-Israel” activism and overt antisemitism.

The fall semester is well underway. But there are no “die-ins” for Nigeria’s Christians, no mock Uygher concentration camps, no “Sharia Apartheid Week” for the Islamic world’s embattled minorities—including American allies and Christians endangered by Afghanistan’s new rulers. Rather, SJP is planning the 2022 installment of “Israel Apartheid Week,” agitprop protests supporting freedom for suicide bombers that routinely and unsurprisingly descend into antisemitic harassment and violence.

Make no mistake: the myopic focus on Israel engendered by SJP is not merely antisemitic. It delights tyrants and emboldens perpetrators of human rights abuses, diverting attention from their crimes as their victims suffer and die in what should be plain sight. Too few on American campuses possess the will—or the moral clarity—to notice or even care.