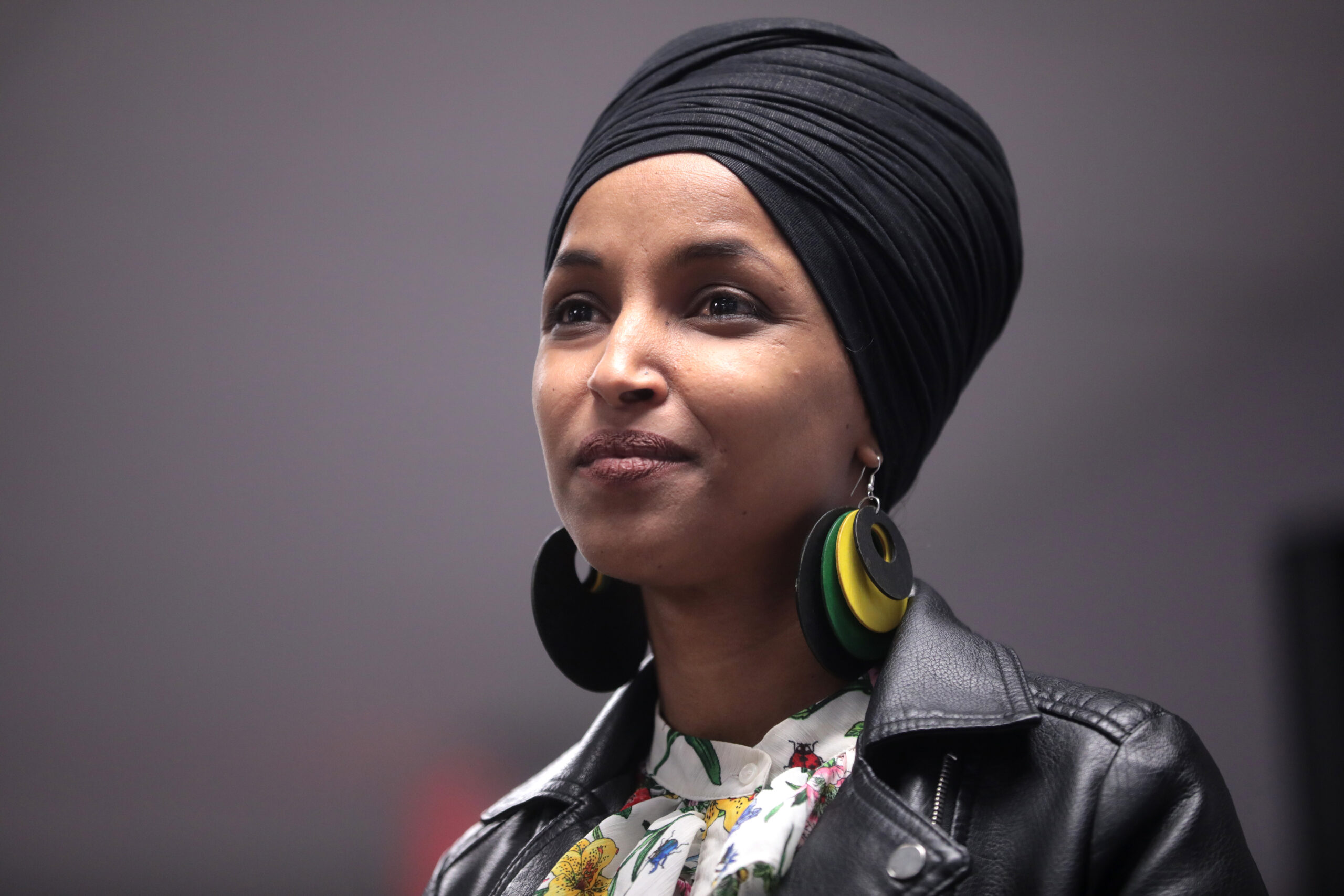 Today Coalition for Jewish Values (CJV) responded to remarks by Rep. Ilhan Omar (D-MN), after she took offense to a reference by another Member of Congress to progressives in Congress as the “Jihad Squad,” and a joke directed against her saying that “she doesn’t have a backpack, we should be fine.”

CJV noted Rep. Omar’s record. She previously whitewashed the Council on American-Islamic Relations, a group founded by individuals with ties to the Hamas and Muslim Brotherhood terror organizations, and which was an unindicted co-conspirator with the Holy Land Foundation to provide material support to Hamas. This past summer Omar claimed that Israel committed “unthinkable atrocities” when defending itself against missile attacks upon civilians, even hospitals. This was in line with previous remarks accusing Israel of “evil doings” and “hypnotizing the world,” recalling a classic antisemitic trope.

She then said a statement timidly calling for her to “clarify” contained “Islamophobic tropes,” and referred to Jewish members of Congress, including descendants of Holocaust survivors, by saying they “haven’t been partners in justice… haven’t been equally engaging in seeking justice around the world,” and that she “knows what it feels like to experience injustice in ways that many of my colleagues don’t.” In 2019, she implied that money explained why her fellow Members of Congress supported Israel.

It is reprehensible that Rep. Omar would call it “anti-Muslim” to point out her backhanded support for terror groups. That identifies all Muslims with terrorists, which is outrageous. The bigotry here is coming from her, against both Jews & Muslims.

All people, including Members of Congress, make distasteful jokes and regret them later. But Omar’s demonization of Israel and use of antisemitic tropes is no laughing matter. To criticize another Congresswoman for joking about Omar’s pro-terror, anti-Israel and even openly anti-Jewish sentiments is to ignore the real issue, which must urgently and belatedly be addressed.