Rabbi Menken on EWTN: The Worsening Anti-Semitism in America
November 15, 2021 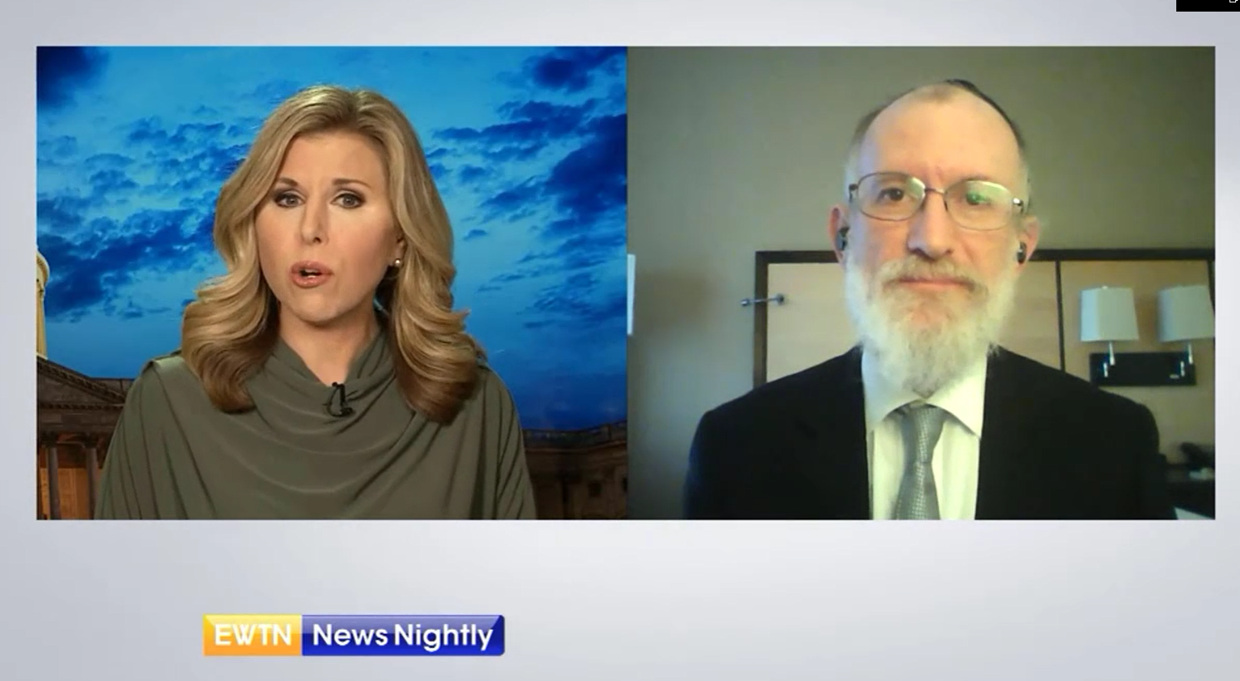 Rabbi Menken described the anti-Israel narrative fueling antisemitism’s escalation, painfully visible on U.S. campuses. “Academic excellence is no substitute for moral courage and moral backbone, not to mention a moral compass,” explaining the rise of antisemitism on campus. For instance, the recent desecration of a Torah scroll at George Washington University, or the verbal assault that Israel’s ambassador to the UK Tzipi Hotovely had to endure from an anti-Israel mob after she spoke at the London School of Economics. The spectacle was reminiscent of historical footage from the Nazi era, Menken noted, and little has changed.