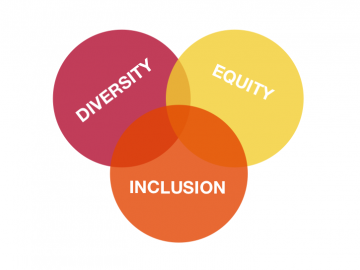 Coalition for Jewish Values (CJV), representing over 2,000 traditional, Orthodox rabbis in American public policy, called today upon universities to abandon “diversity, equity and inclusion” (DEI) efforts, pending a comprehensive review to ensure that such programs do not promote antisemitic bias. A recent Heritage Foundation paper entitled “Inclusion Delusion: The Antisemitism of Diversity, Equity, and Inclusion Staff at Universities” determined that “Rather than promoting diversity and inclusion, universities may be contributing to an increase in anti-Jewish hatred by expanding DEI staff and power.”

“If you’re not against all forms of bigotry, you’re not against bigotry,” said CJV Israel Regional Vice President Rabbi Steven Pruzansky, “yet so-called ‘diversity’ leads have responded to a dramatic spike in antisemitism by engaging in openly hateful rhetoric against Jews themselves, often using Israel as a convenient foil.”

Many of the tweets liken Zionists and Israelis to Nazis, fascists, and murderers, particularly murderers of children. Some of the tweets implicitly call for genocide of Jews by embracing the slogan “from the river to the sea,” a call for the destruction of Israel and the massacre of its citizens.

“Repeatedly accusing the Jewish state of Israel of ‘genocide,’ ‘apartheid,’ and other fictitious crimes while praising China, a country that is putting Muslims in internment camps, indicates an irrational hatred of Jews and not a concern for human rights,” said CJV Managing Director Rabbi Yaakov Menken.

As part of their Jewish identity, a large majority of Jews at American universities feel connected to Israel or identify as Zionists. Attacking this central feature of that identity is entirely contrary to the purported purpose of having DEI staff in the first place, which is to make all students feel included.

After reviewing the research, Rabbi Menken concluded, “With regards to Jews, diversity heads seem to share much in common with grand wizards of the Ku Klux Klan, and it is clear that the entire field needs to be reevaluated before more Jewish students are placed at unnecessary risk.”