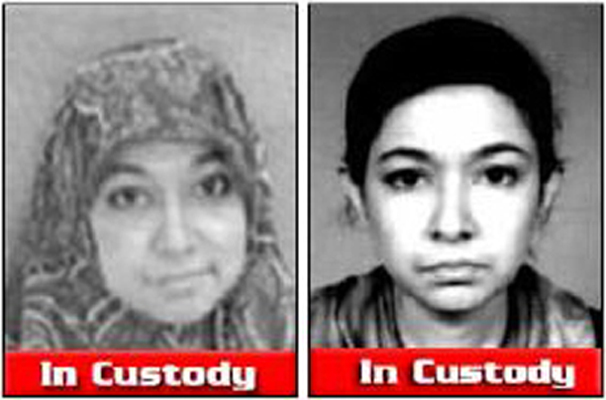 CAIR’s Islamophobia report shows why it’s accused of anti-Semitism—and why no one in the media will hold the hate group accountable.

A week before a Muslim terrorist attacked a Texas Temple in a bid to free CAIR’s favorite terrorist, “Lady Al-Qaeda,” aka Aafia Siddiqui, the hate group released another of its increasingly discredited “Islamophobia” reports seeking to cut off donations to Jewish and anti-terror groups.

The reports, originally titled, “Fear Inc,” started out bad and have only gotten worse over the years. The 2021 report, “Islamophobia in the Mainstream,” is a cynical campaign to smear pro-Israel groups like EMET, CAMERA and MEMRI for calling out CAIR’s anti-Semitism.

It’s understandable that CAIR wouldn’t want people hearing that a speaker at one of its rallies was accusing the Jews of being behind the imprisonment of Siddiqui, only to have a Muslim terrorist attack a synagogue over her. The problem here isn’t islamophobia: it’s anti-Semitism.

The Coalition for Jewish Values, representing thousands of Orthodox Jewish rabbis, correctly responded to the latest CAIR smear campaign by calling it “both pro-terror and anti-Semitic”.

The CAIR report mentions the term “Jew” or “Jewish” fifteen times, but fails to reference either Al Qaeda or ISIS. It dangerously insinuates that the only reason anyone is upset about Islamic terrorism is because there’s a Jewish conspiracy to smear Muslims as terrorists.

It’s not hard to imagine how future anti-Semitic terrorists like Faisal Akram will react to that.

The main targets here are Jewish communal charities and pro-Israel groups like CAMERA, which challenges anti-Israel media bias, and EMET, which advocates in support of Israel.

That CAIR slanders an ad by Muslims opposing ISIS as Islamophobic says everything about its bad faith, its dishonesty, and its extremism. And that of the reporters who quote its reports.

CAIR is counting on media outlets to repeat its lies, rewrite its executive summary without delving into its report, and noting the multiple errors and misspellings, or following up on its actual sources, or to avoid mentioning any of this if they actually do their due diligence.

Above all else, CAIR doesn’t want the media to connect the dots between the latest anti-Semitic attack in Texas and this report accusing Jews of being behind an “Islamophobia network.”

This has always been the thrust of CAIR’s Islamophobia reports, but it’s never been this blatant.

CAIR is trying to delegitimize mainstream pro-Israel groups as Islamophobic for advocating for the Jewish State and for being willing to report on its ugly ties to hate and terror. But if reporters start questioning CAIR now, they would also have to reevaluate the past and present smears of the Middle East Forum, the Investigative Project on Terrorism, the David Horowitz Freedom Center, Gatestone, the American Freedom Law Center, and other counterjihadist groups.

Like bad banks and worse narratives, CAIR has become too big to fail, because of all the politicians and reporters who have added to its credibility over the years.

And why no one in the media will hold the hate group accountable.