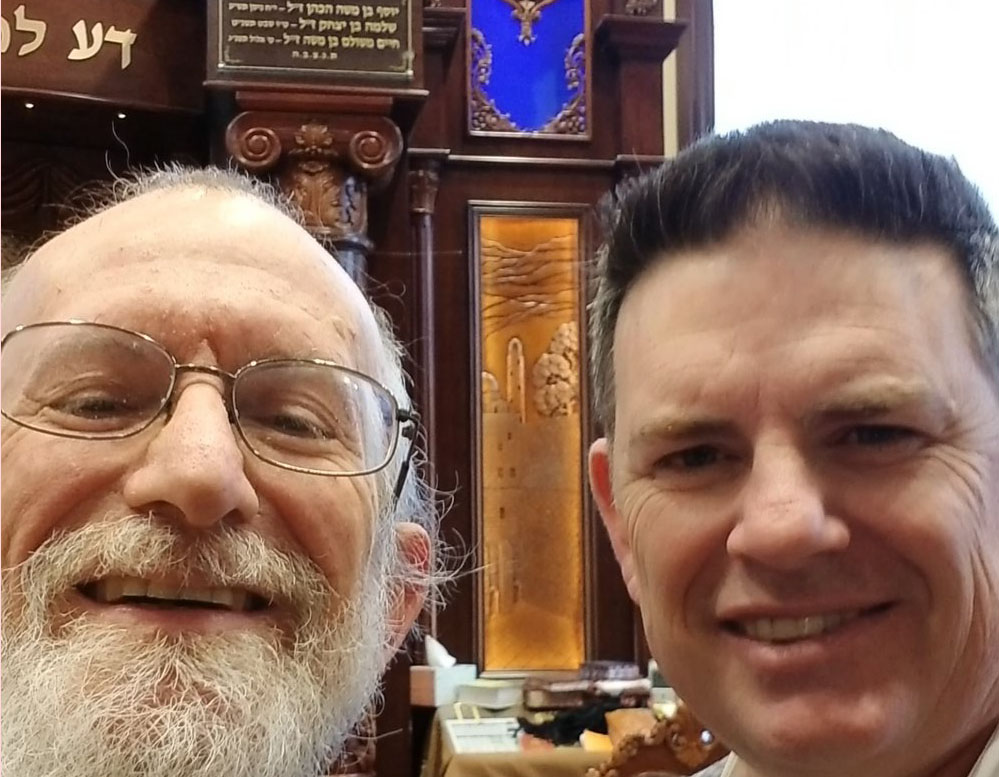 Appreciating the backing of Coalition for Jewish Values for the right of Holston Home to function per its own religious mission, the CEO of Holston, Bradley Williams, visited with Rabbi Yaakov Menken to spend the better part of a day exploring Baltimore’s Jewish community.

Together they met with Steve Kraucz, head of the Jewish Children’s Adoption Network, and visited two area synagogues, a Jewish day school, a Rabbinical school, and the offices of the Star-K Kosher certification.

In a joint letter written afterwards, they recorded what others had said, spontaneously, when learning how a Jewish couple had challenged Holston Home’s ability to operate:

Without exception, the rabbis and Jewish leaders voiced their conviction that Jewish and Christian agencies had the right to only partner with those sharing their faith while serving children. They felt the pursuit of our mutual religious freedom was both reasonable and non-discriminatory, because each agency is thus permitted to serve while observing the tenets of its faith. One used the words said by Moses to Joshua (Deut. 31:7), Chazak v’Ematz—Be Strong and of Good Courage, to encourage continued pursuit of our shared interest in religious liberty.