In Every Generation: On the Temple Mount, the Media Inverts Violent and Victim
April 20, 2022 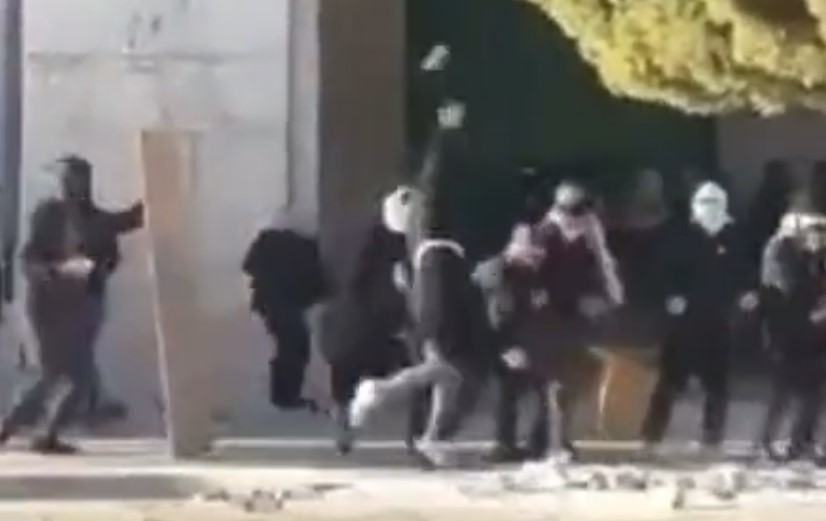 Last Friday, Arab youth turned the Al-Aqsa Mosque, the mosque built upon the site where the Jewish Holy Temples once stood, into a storehouse for explosives and heavy stones. Their activities were an insult to the mosque, and prevented Muslims who came there from praying in peace—but their real targets were the Jews coming to pray at the Western Wall, hundreds of feet below. A stone thrown over the wall would likely maim or kill any man, woman or child upon whom it fell.

Israeli forces responded to protect civilians of all faiths and none, dispersing rioters and restoring order.

But this, of course, is not the story that one would glean from Reuters, the BBC, the Associated Press, The New York Times, and other leading news outlets. Like clockwork, such outlets repackage the situation on the Temple Mount in misleading, often openly dishonest ways.

At best, it’s all a confusing “clash” between two equally matched, equally culpable religions, an obscure and ancient struggle that is too old and too complicated for ordinary readers and viewers to puzzle out. At worst, the violence is another Israeli—Jewish—assault on innocent Palestinian Muslims in their sacred mosque, on the land Israel stole from “Palestine.” Mainstream media has been covering events on Temple Mount this way for decades. Like so much else, the site is a microcosm of the conflict that surrounds Israel and the opposition to its very survival. Stories like this are nothing new.

Nor, it seems, is the willingness of Islamist extremists and terrorists to desecrate Muslim holy sites and endanger Muslim civilians with the weapons they point at others. This week, an Arab scholar made exactly this point on Twitter.

Muslim human rights activist and former Miss Iraq Sarah Idan noted sarcastically that “the same people who don’t let any other religion inside Al-Aqsa because a non-Muslim would ‘de-sanctify’ it, are playing soccer in it.”

Same people who don’t let any other religion inside Al-Aqsa because a non Muslim would “de-sanctify” it, are playing soccer in it. Look at the trash on floor! Real Muslims respect their holy places, fake Muslims use it just to attack others… pic.twitter.com/BJk9OWNQdw

This is not the side of the story that Western media giants like Reuters and the Times want to tell. Their misrepresentation may have consequences that are all too real.

The alleged threat to Al-Aqsa is a recurring theme in “pro-Palestinian” incitement. Calls to protect the site by targeting Jews and other Israelis have driven wars and, some warn, may soon provoke a new intifada. What their allies on the Left call anti-colonial, anti-imperialist “resistance” is in fact nothing more than another explosion of anti-Jewish terror.

Sadly, the mainstream media’s Passover propaganda may leave behind more casualties than nuance, history, or the truth.