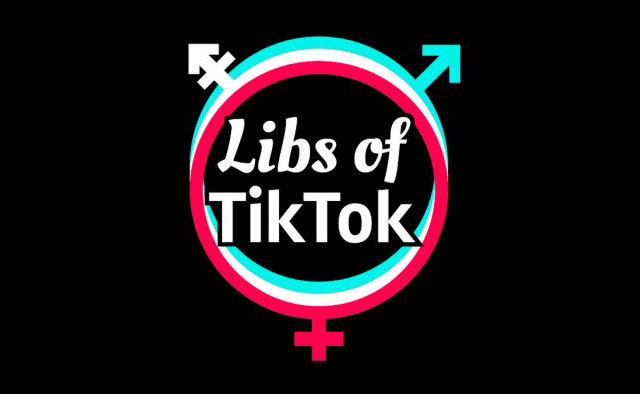 The problem, for progressives bent upon ruining America’s children, was straightforward. For the past year, the Twitter account known as @LibsofTikTok has documented and reposted Leftist activists’ videos for a wider audience. The videos come with short, pithy comments, but allow progressives and self-proclaimed liberals to speak in their own words. Often, those words are shocking. And because LibsofTikTok shows the full comments in context, the narrative is unimpeachable. Yet it displays teachers proudly discussing the way they teach CRT and encourage LGBTQ in primary-school classrooms, which is something those same activists wish to hide from parents.

To their rescue came Taylor Lorenz, a reporter for Washington Post, who, not incidentally, had just two weeks prior stated correctly that “doxxing, stalking, trying to hurt and smear… it’s not ok in any situation. … [and] Has very real consequences,” and even cried about it in an MSNBC interview. She produced a hit piece that both doxxed the woman behind LibsofTikTok and highlighted that she is an “Orthodox Jewish” woman, placing her at heightened risk during an ongoing wave of antisemitic violence, driving the victim into hiding for her own safety.

I know ur joking, but doxxing, stalking, trying to hurt and smear ppl’s loves ones, threatening them, it’s not ok in any situation. Ppl on here who constantly stoke these politicized outrage campaigns want to dismiss it, but it shouldn’t be dismissed. Has very real consequences

The response from decent people of all stripes was swift and absolute: what the Washington Post and Lorenz had done was simply despicable. CJV managing director, Rabbi Yaakov Menken highlighted the hypocrisy and double standards at play: “during a time of vicious attacks on what is currently the most targeted minority in America, [the Washington Post’s Taylor Lorenz] chose to highlight that her target is Orthodox, though this was irrelevant. Every other minority, WaPo shields.”

You're obfuscating. During a time of vicious attacks on what is currently the most targeted minority in America, @washingtonpost @TaylorLorenz chose to highlight that her target is Orthodox, though this was irrelevant. Every other minority, WaPo shields. #antisemitism #bigotry

To her credit, the Washington Post columnist to whom Rabbi Menken responded later clarified that her intent was not to minimize the pain to the victim, though she conceded it was read that way by many. She wrote: “I am generally opposed to cancellation on principle. I view this as a strength of the orthodox community, not a weakness.”

The Washington Post, on the other hand, lied. The Managing Editor, Cameron Barr, issued a statement saying that “Taylor Lorenz is an accomplished and diligent journalist whose reporting methods comport entirely with The Washington Post’s professional standards,” and claiming that “We do not publish or link to any details about her personal life.”

This was Orwellian. That Libs of Tik Tok is an Orthodox Jew cannot be described as anything other than a detail about her personal life, yet the Post claimed it published no such details. In fact, the original version of the piece linked directly to her real estate license. Washington Post engaged in “stealth editing” (making a change without acknowledging having done so), removing the link, and then claimed “we do not… link to any details about her personal life.”

Again, Rabbi Menken was having none of it, declaring that the Post “has modeled itself after Pravda,” producing “100% dishonest propaganda” to cover for itself.

This is getting more appalling by the minute. Is "Orthodox Jewish" not a detail of @libsoftiktok's personal life? Did WaPo not link to the details of her real estate license before stealth-editing them out?

WaPo has modeled itself after Pravda. 100% dishonest propaganda. https://t.co/ITsH7pWKjv

Earlier today, CJV issued a release titled “Rabbis Demand Apology from Washington Post Regarding LibsofTikTok.” Speaking on behalf of the organization, Rabbi Menken pointed out that “An individual Jew, especially a visibly Orthodox Jew, is most likely per capita to be the victim of a hate crime in America today, by far. Given this context, identifying the Twitter user as an Orthodox Jewish woman placed her at heightened risk of physical harm. The Post not only did this, but then defended itself by insisting that her membership in our community was not a personal detail.”

His comment concluded: “If this is what the Washington Post describes as its ‘professional standards,’ we call upon the paper to upgrade those standards immediately.”

The Washington Post has proved that it places its desired narrative ahead of factual accuracy even in its own statements, much less its coverage of events.

But don’t feel too bad for Libs of Tik Tok—not only did she pick up hundreds of thousands of new followers, but Seth Dillon, the CEO of Babylon Bee, has apparently put her on payroll, to “turn her heroic, high-risk work into a career.”

3/ I think they'll also be surprised by the support she receives. I want them to know that she won't be canceled from her job because this *is* her job now. I've worked out a deal with her that will turn her heroic, high-risk work into a career.