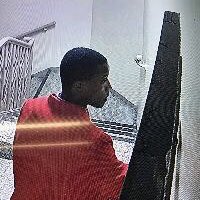 Less than a week after Robert Bowers murdered eleven people and wounded six at the Tree of Life synagogue in Pittsburgh, PA, another man was arrested after setting a fire in the coat room at a Jewish boys’ school in Brooklyn. Police recognized this second man, James Polite, from surveillance video at Union Temple, the Reform synagogue he had already vandalized with Antisemitic statements like “Die Jew Rats,” “Jew Better Be Ready,” and “Hitler.” Five days after the Pittsburgh gunman shouted “All Jews must die,” Polite was scrawling “Kill all Jews.” And, by this time, he had already set several other fires at Jewish institutions.

Yet, even after causing all this damage, Polite was the subject of a sympathetic profile from The New York Times. It was not the first such article, or even the first from the Times, but here it was after committing hate crimes.

Disowned by his mother for being gay, passed from one neglectful foster home to the next, Polite indeed faced significant hardships. But Polite had also received kindnesses from many, including from a Jewish foster couple that took him in. He was granted an internship in the office of then-City Council Speaker Christine Quinn, who hired him to work on “anti-hate crime issues” and called him the “adopted child of the Quinn administration.” Quinn urged him to attend college, wrote him letters of recommendation, and when he was accepted to Brandeis personally called the school on his behalf. Interviewed for a 2013 article, she describes “[alerting] them that I wanted him to be watched out for and taken care of.” The next summer, she and her wife paid for his stay at an NYU dorm, keeping the young man off the streets, and he graduated from Brandeis in 2018.

Following his arrest, he was released without bail, thanks to the same bail reform that had just freed Tiffany Harris without bail after she assaulted three Jewish women, so that she could go assault another woman just one day later. She was released, of course, a second time.

Polite eventually did spend a year in jail, and, after emerging, was the subject of yet another positive article, one which called him an example of “how the new bail law may help rehabilitate people who are mentally ill and have committed hate crimes.”

We now know exactly how well his rehabilitation went. He is back in the news, arrested after mugging a man on the subway.

No one wrote a sympathetic profile of Robert Bowers. Yes, Polite never succeeded in murdering anyone, or even in burning down a synagogue, even after several attempts. But is that enough to explain why the media has treated these two people, both filled with the same visceral hatred of Jews, so very differently? Or is the media demanding greater sympathy for a hateful bigot, due to the color of his skin?