Rabbis Chastise Museum of Jewish Heritage for Banning DeSantis
May 6, 2022 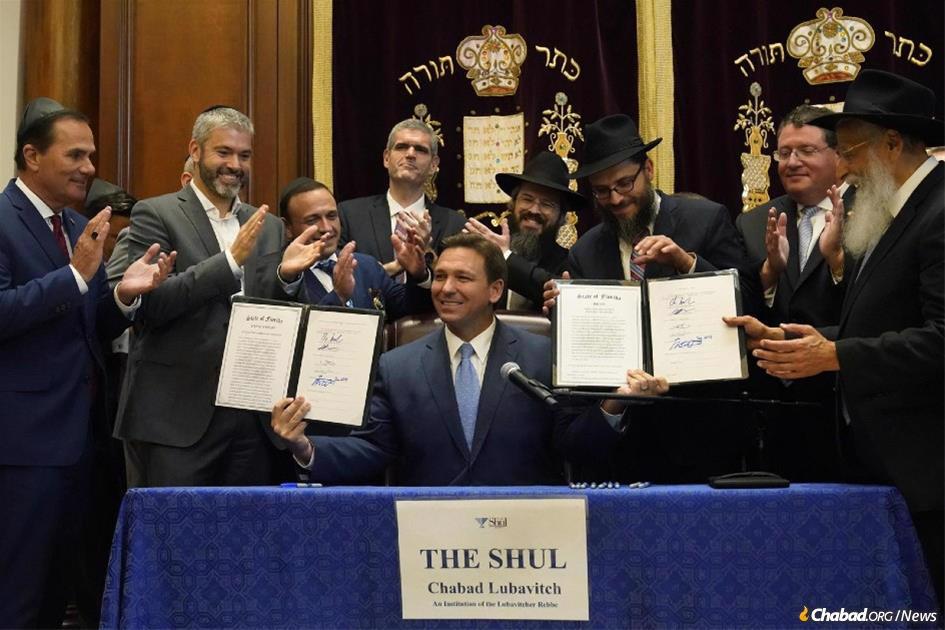 Coalition for Jewish Values (CJV), representing over 2,000 traditional, Orthodox rabbis in matters of American public policy, today castigated New York City’s Museum of Jewish Heritage for banning Florida Governor Ron DeSantis from speaking at the Museum as part of the Tikvah Fund’s Jewish Leadership Conference next month. The CJV rabbis criticized the Museum for using language of inclusivity to “demonize and exclude,” and politicizing a memorial to the Holocaust.

“It is hard to see this decision as anything but politically-motivated, and directly contrary to Jewish interests as well” said CJV Southern Regional Vice President Rabbi Moshe B. Parnes. “As a Floridian and a rabbi, I can say that one would be hard-pressed to find an elected official more attentive to the Jewish community than Ron DeSantis. He also believes that parents should be the primary decision makers in the education and upbringing of children, not government officials, and that is what has made him a target of cancel culture. It is not merely true that Judaism also regards education as a parental obligation, but that the alternative is profoundly dangerous. In the long history of the Jewish people, we have sadly seen, time and time again, that government control of education is universally harmful to our children.”

In a Wall Street Journal op-ed, the organizers of the conference pointed out that the Museum had previously hosted other politicians as speakers. These included then-candidate Alexandria Ocasio-Cortez, whose candidacy was sponsored by the openly-antisemitic Democratic Socialists of America, and who had herself described defense of Jewish lives against a genocidal terror organization, Hamas, as a “massacre” of the hostile invaders.

“Long before progressives started to use the term ‘woke,’ leftists in the Jewish community adopted ‘tikkun olam,’ ‘fixing the world,’ ripping it entirely out of context as a synonym for so-called ‘social justice,’ said Rabbi Avrohom Gordimer, Chairman of CJV’s Rabbinic Circle. “Inverting the meaning of ‘inclusivity’ to demonize and exclude is another example of that same abuse of language. The Jewish heritage is one of free and open discourse, and holding ideas up to the light of critical examination. We should expect better from an institution called the Museum of Jewish Heritage.”

This statement was covered by the Associated Press (AP) in its coverage of the event and DeSantis’ address.