The American Spectator: The Campus Wars Against the Jews
May 22, 2022 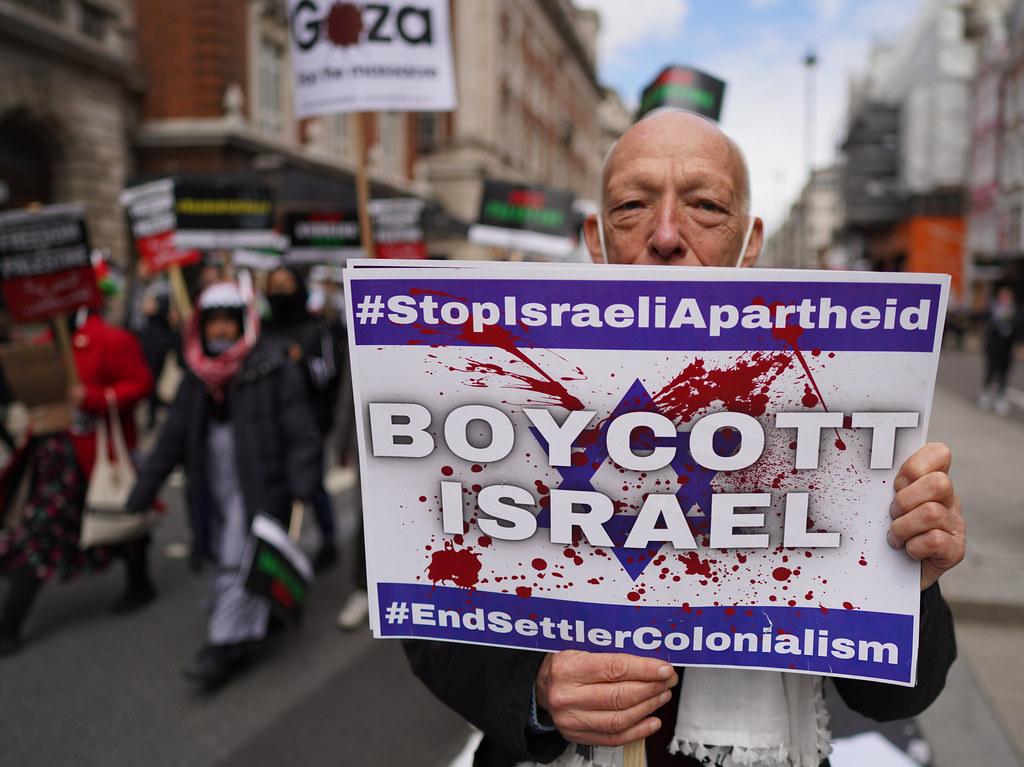 It is rather a challenging time these days for committed, devoted Jewish college students on liberal campuses. They don’t know how to fight, only to defend and whine, and their life experiences in being “nice” have left them utterly unprepared for the vicious Jew-hating, even Nazi-like, campaigning against them and Israel they have encountered in college.

The academic campaign against Israel is Nazi-like. It is led by Arab Muslims, often backed by self-hating Jewish leftist stooges, most of whom — truly — are not even Jews. In today’s America, as many as 40 percent of people who present as “Jews” are not Jews. (I lay this out in much greater detail here.) In the anti-Israel camps, they predominate. Simply put, a Jew is someone born to a Jewish mother or who converts to the Judaism of the Torah — comprising both the Written Law and the Oral Law —  a Judaism that includes kosher food and Sabbath observance. That definition has been the only definition of a Jew for more than 3,300 years. Anyone not born to a Jewish mother or otherwise born to a maternal line where the first “Jewish” matron actually “converted” without assuming the lifestyle of a kosher kitchen, Sabbath observance, and the like is not Jewish. Thus, for example, despite her fancy certificatewhen she “converted” to marry playwright Arthur Miller, Marilyn Monroe was never Jewish.

So the “good news” is that most “Jews” who oppose Israel are not even Jews in the first place.

Twenty years ago, a leading Arab Muslim Jew-hater, Omar Barghouti, proposed a “BDS” program to boycott Israel, divest from corporations dealing with Israel, and to sanction Israel. The BDS campaign has failed miserably. More investors now put their money in Israel than ever before — billions and billions. They will continue doing so because Israel is an amazing investment vehicle, a start-up free-and-democratic nation with a uniquely educated and motivated population.

But on American “progressive” woke liberal-arts college campuses, students are brain-fed radical-left Intersectionalist garbage. For example, we know they have no idea what Americais. They are fed falsified “1619” history instead of true American history. They have no idea how Communism has murdered hundreds of millions. They don’t know about the blood shed brutally by Mao, Pol Pot, Stalin, Castro. Even what little they know about Hitler is mostly perverted from the truth. That is how AOC, a standard-bearer for the Campus Ignorant, can compare ICE on our southern border to German Nazis and can compare our shelters for the Undocumented, where we feed them and clothe them and even assure they have ample baby formula, to Dachau and Auschwitz.

Ironically, many of these “progressive” anti-Israel college students actually are more Nazi-like than they realize. Remember: Not all Nazis murdered Jews with their hands or by building gas chambers or crematoria. Most Nazis simply voted quietly for Hitler and lined the streets cheering while Hitler’s motorcades drove by. Yet they, too, were Nazis. They were the ones who gave him power to destroy.

The Woke on America’s campuses today, as did Hitler’s minions, single out the Jews for BDS. They can’t boycott Arab Muslim countries because those dictatorships don’t produce anything meaningful. But college kids could boycott China, right? China is a hateful totalitarian dictatorship, the source of the Wuhan virus we call COVID, torturer of Uighur Muslims, suppressor of Hong Kong. If they sincerely cared about freedom and human rights, college kids could boycott Nike sports shoes, Apple iPhones, and all devices made in China, right? But they don’t.

Instead, like Hitler, with an entire globe from which to choose, they pinpoint the Jews — only the Jews. The one and only country in the world with a Jewish majority. That is their extent of foreign affairs activism. They try to mask their anti-Semitism by saying they are “only anti-Israel and anti-Zionist, not anti-Jewish.”

Understand with crystal clarity: Israel and Zionism are core to Judaism. You cannot be “against anti-Semitism” but also against Israel and Zionism. It’s not either-or. Anyone against Israel and Zionism by definition is anti-Semitic. Period. Open the Bible. Abraham was a Zionist. So was Isaac. And Jacob. And Moses. And Joshua. And the Judges. And Kings Saul, David, Solomon, and all the Biblical kings. And the Prophets Isaiah, Jeremiah, Ezekiel, and all the Biblical prophets. And all the rabbis of the Talmud. And Maimonides. And Yehudah Halevi. Zionism is at Judaism’s core.

Yes, you can be against a particular government in Israel, just as American patriots can oppose government policies in America. Those political preferences can align with deep loving attitudes towards America.  Indeed, love for America can inform opposition to those whose foolish policies would destroy her greatness. In the same way, it is OK to oppose a Benjamin (“Bibi”) Netanyahu or Naftali Bennett government.

So a person can love Israel, yet hate its government. But that is not what “BDS” is. BDS is a Nazi-like ideology that says the one Jewish-majority country in the world uniquely deserves to be boycotted, divested, sanctioned. None others. Not Cuba. Not Venezuela. Not Qatar, Yemen, Saudi Arabia. Not China. Not Russia.

By contrast, for those searching for Mideast apartheid, Saudi Arabia has no synagogues. It also has no Jews. Almost no Christians or churches either. Arab Muslim countries expelled their 800,000 Jews and confiscated all their property in the 1940s and 1950s when Israel was born. Those Jews fled mostly to Israel. That is why, despite the Big Lie among the Woke, Israel’s demography is majority dark-skinned Sephardic, not Caucasian Ashkenazic.

Arab Muslim countries are virtually universally racist and bigoted. They truly are one-religion-only despotic lands. There are no Jewish parties in Qatar, Yemen, and those other lands. Even in the part of Judea and Samaria now called the “Palestine Authority,” the only Jews are those who abandoned their Judaism and married Arab Muslims there. Otherwise, pure apartheid. A Jew is not allowed to purchase land there. Any Arab who secretly offers to sell land to a Jew gets executed. Apartheid, pure and simple.

Certain student governments on certain woke liberal-arts colleges target Israel and only Israel. Consider: They call for bans of Sabra hummus, an American-Canadian chick-peas joint-venture company based in Astoria, Queens with factories in Southern California, Virginia, and Queens. Yet they are boycotted. Why? Their name. Sabra — the nickname for Israelis. So, since the hummus is “Israel-style,” i.e. kosher Mideast style, it is Sabra. So boycott them.

Even as these ignoramuses on campuses vote to boycott Israel, all their administrations respond by asserting there will be no boycotts nor divestments.

But what about the committed Jews on campus? What about their voices? Their pro-Israel activism?

Their problem is that they do not know how to fight. They whine. At best, they defend. They react. They never seize the offensive. It is painfully pathetic to watch.

Except for American football, there is no sport where players conceivably can win merely by playing defense. In baseball, you can score only on offense. Likewise, in basketball and hockey. Even in football, although you theoretically can win solely by scoring defensively — with “pick six” interception returns, recovering fumbles in the other team’s end zone, and scoring safeties — that is no prescription for success. Ultimately, you cannot win unless you go on the offensive.

Jews grow up, being taught to be nice. “Be nice, Marvin. Be nice, Seymour. Be nice, Sidney.”

Well, to win on college campuses, no one is going to beat these Nazis and their self-hating pseudo-Jewish quislings merely by being “nice.” Rather, the squeaky wheel gets the oil, not the whining tire. Jews on campus need to fight. They need to fight hard and to take the fight to the Jew-haters, not just wait for the campus Nazis to attack. Don’t wait for BDS resolutions to oppose. Instead, demand your own BDS initiatives against China. Demand BDS against despotic apartheid Muslim countries. Investigate and expose anti-Israel professors who violate campus rules by posting against Israel on official campus websites. Until cancel culture is abandoned, why not demand canceling them?

Read Dov Fischer every Monday and Thursday in The American Spectator and follow him on Twitter at @DovFischerRabbi.