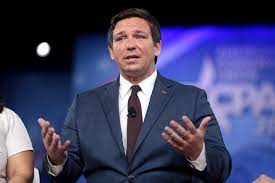 Florida Gov. Ron DeSantis is set to appear before a friendly conference of conservative Jewish leaders in New York City on Sunday, despite efforts by gay rights advocates to get the event canceled.

LGBTQ groups, still raw over legislation barring instruction about sexual orientation to grade schoolers that DeSantis championed in his home state, are vowing to protest the Republican’s appearance at the Jewish Leadership Conference.

The Museum of Jewish Heritage had been set to host the annual gathering of conservative thinkers, but backed out earlier this spring.

The Coalition for Jewish Values, which says it represents more than 2,000 Orthodox rabbis, scolded the museum for denying DeSantis a platform.

See the full article in the Associated Press