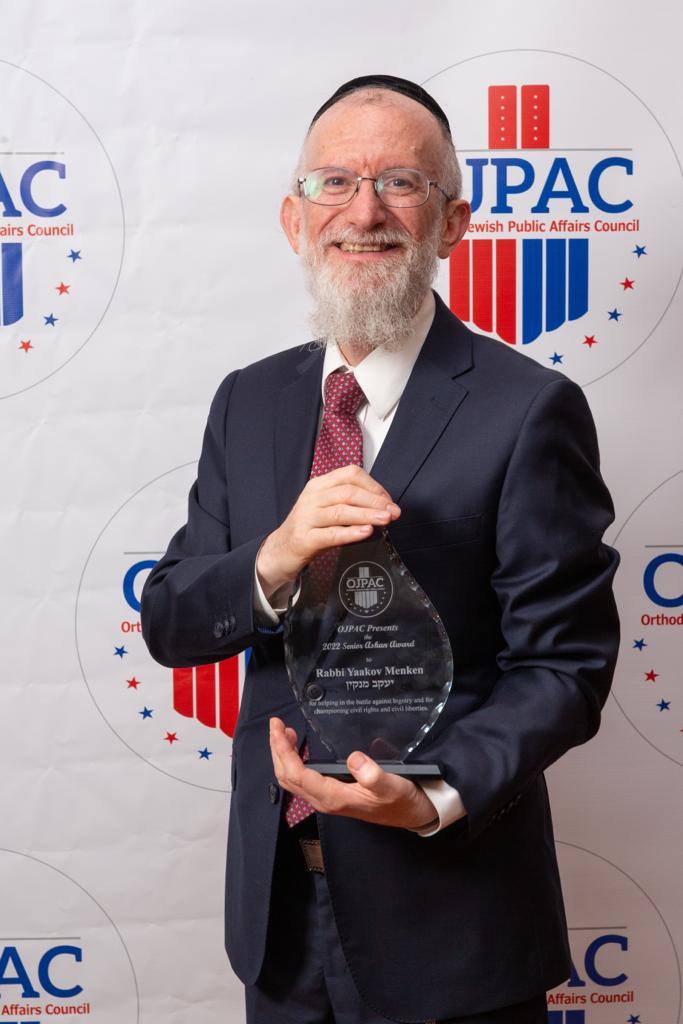 The Orthodox Jewish Public Affairs Council (OJPAC) on Thursday hosted its annual “Policy Conference and Appreciation Event” dinner, honoring those who publicly defend the religious liberties of the orthodox community.

OJPAC was founded by askanim Aron Spielman, Mayer Berger, and Yossi Gestetner for the purpose of countering disparaging media coverage of the Orthodox Jewish Community, and promoting civil liberties impacting the community. It has released data-driven reports and conducted media and advocacy campaigns in defense of the community, and Gestetner in particular has become an influential and ubiquitous presence on traditional and social media rebuffing negative narratives of the community.

See the full article in Hamodia