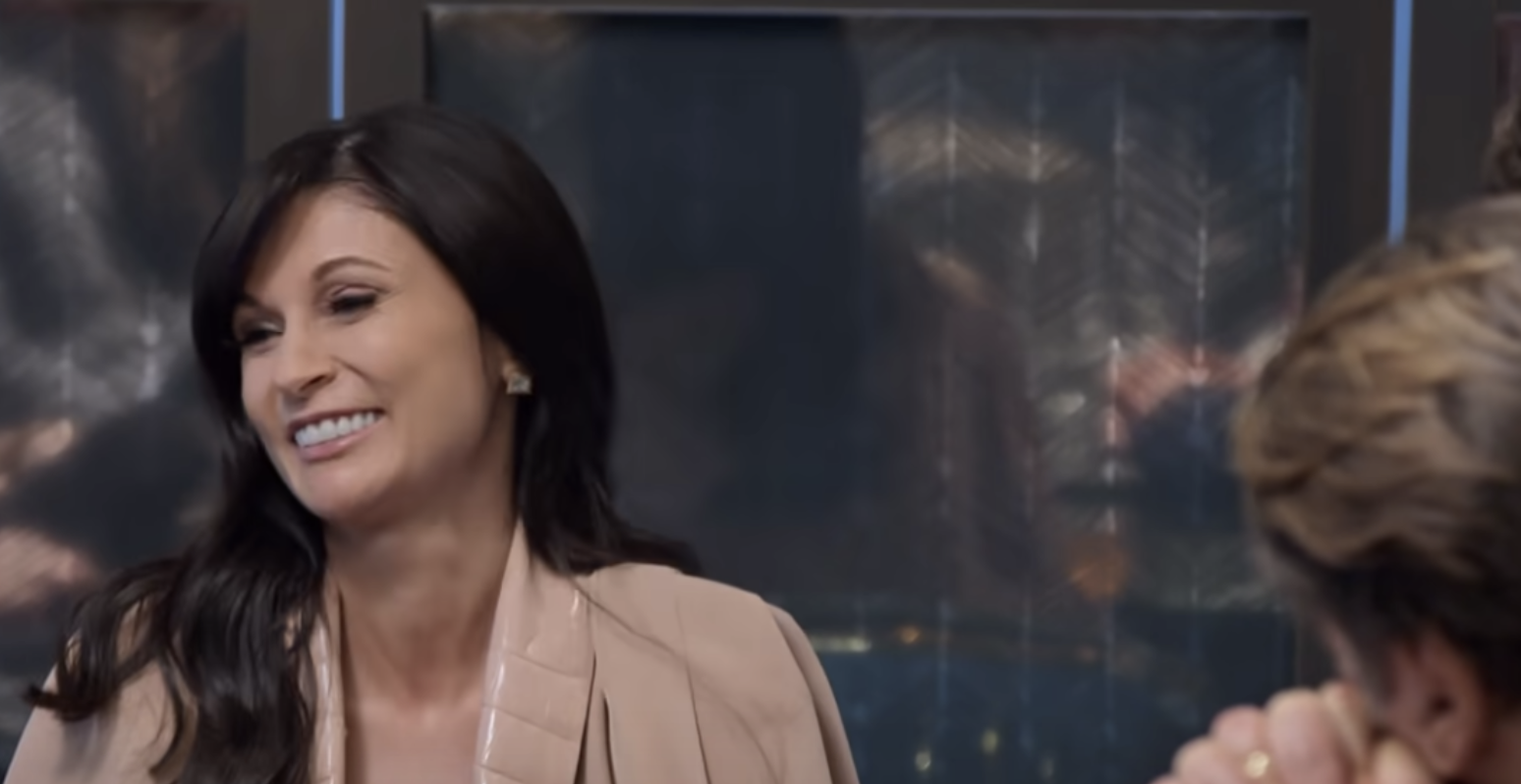 As “woke corporations” like Disney begin to learn that American shareholders and consumers are sick of companies virtue-signaling at the cost of stock value and in defiance of Middle American mainstream family values, one of the biggest stories has been that Netflix lost 200,000 subscribers, who were doubtless disgusted with the company’s Woke agenda, during the first quarter of 2022. Those shocking data initially prompted a 35 percent plunge in share value, wiping out $50 billion of market cap. Thus, on April 19, Netflix shares had closed at 348.61. The next day, Netflix closed at 226.19. By May 18, only a month later — 177.19. Hmmm. Too many Obama productions? Line up for the shareholder derivative class-action lawsuits.

Netflix’s shift to garbage is evident in several of their “reality TV” soap operas. I don’t watch them, but there is no avoiding reading or hearing about them. They reflect one more coarsening of our culture amid our Age of Social Media, the vehicle for pathetic exhibitionists on TikTok or Instagram, and the outlet to post defamation and filth — even to cyberbully — on Facebook and Twitter. Troubled adolescents develop insecurities about their body shapes and even kill themselves in Zuckerberg’s Metaverse.

An exhibitionist who renamed herself “Julia Haart” got Netflix to transmogrify her into a reality TV queen. She once was — and perhaps, if she finds her path back, yet again will be — an Orthodox Jew. Not really my business, per se. I comment on public policy: the economy, immigration, crime and punishment, race relations, same-sex and transgender brainwashing, critical race theory, public education, foreign affairs, war and peace, religion, law, culture, and society. I do not prefer writing about people. As the saying goes: The highest form of discussion entails communicating about ideas. It is less worthy to talk about things. It is least acceptable to talk about people.

There is not much fame, fortune, and celebrity in Orthodox Judaism per se. There is not supposed to be, although Tevye enjoyed quite a run on Broadway after he had to make a run from Anatevka. We who embrace the Orthodox Jewish life are bestowed with deep meaning, substance, and disproportionate joy in knowing who and what we are, what G-d expects of us, living among others who share our time-tested values of personal modesty, deep honesty and integrity, charitable kindness both in monetary philanthropy and in lending and extending a practical hand, and rearing families that transmit our traditional values into future generations. And, if worthy, eternal reward in the World to Come. That’s all.

Devout Catholics and other committed Christians, faithful Muslims, and other people of faith live similarly meaningful and fulfilled lives. We live outside TV’s spotlight, and we prefer it that way. We have little to prove. We tend towards living by the values of personal responsibility: You don’t owe me a living, and I don’t owe you one. No one is “entitled.” Likewise, it is not useful or proper to whine. We all encounter bad breaks and setbacks, and the social contract presumes we each will figure out ways to deal with the bitter even as we leverage the sweet and take credit occasionally for undeserved bonuses that come our way.

Back to the renamed Julia Haart (renamed with two As — and what does that say about her?). She had married an Orthodox Jewish graduate of the prestigious Wharton School, moved with him to Atlanta, and reared four children, but she wanted more. Somehow the couple’s finances spiraled more south than Georgia. Between 1997 and 2017, according to public records, Talia Hendler (as “Haart” then was known) and her then-husband accumulated $425,510 in debt, accruing 13 tax liens and judgments. In time, her family moved to Monsey, an Orthodox Jewish enclave in New York. She developed eating disorders that reduced her to 73 pounds. No schadenfreude here.

Haart craved fame and fortune, the celebrity and glitz of a Netflix reality TV soap opera. Thus My Unorthodox Life. What a clever title! Get it?

She traded the “cloister,” abandoning more modest raiment for shorter skirts, more mammary-revealing blouses, and other such attire. She married Silvio Scaglia, a “hot” Italian gazillionaire CEO in the fashion industry, and reveled in her new dream marriage. She herself became a fashion CEO overnight, launching her own own shoe line, thereafter becoming creative director at the luxury fashion brand La Perla (then owned by Scaglia), and next rising to CEO at Elite World Group, a talent agency that includes Elite Model Management. Scaglia purchased Elite in 2011 and appointed Haart its co-owner and CEO after they married in 2019. He even took on her surname. Watta guy! He sold La Perla in 2018, when he divorced his prior wife, and he and Julia moved into his $55 million Manhattan home. Gotta have Haart.

Oh, to live the dream life of Julia Haart!

In and of itself — yawn. I live my own Very Unorthodox Orthodox Life. American Jewish publications have teemed with angry articles about the show, written by people embarrassed and hurt that their lifestyles are denigrated, if not ridiculed, before a Netflix audience of millions who have no idea of what goes on in actual Orthodox Judaism — in real reality.

You don’t wash your family’s dirty laundry in public, do you? Well, you certainly don’t prefer to — especially if a particularly embarrassing relative is the one with the clothes pins. Consequently, social media postings cropped up everywhere from Instagram and Facebook to Twitter and YouTube, with Orthodox Jews — a few rabbis and plenty of their wives and other Orthodox women — entering to “tell the real reality.”

Reality TV ultimately has an uncanny way of generating a karma that sees real reality emerge after hype plays out. Dream lives, like all dreams, end when it is time to wake up. So Kim Kardashian has the dream nuclear family — until her stepfather, America’s favorite mop-haired heart-throb decathlon hero of Olympic gold medals and Wheaties-breakfast-box fame, turns out to be sexually dysphoric. Later, Kim Kardashian’s marriage to Kanye West is the dream mating of fame, glory, wealth — until they divorce. At least with Kim, she really made herself into a serious corporate entrepreneur and thereafter succeeded on a path through law school. That takes a ton of intense work, some real brains, and fortitude outside the limelight. Good for her! Likewise with Kanye: The guy obviously is deeply troubled. And yet he has charted enormous successes, both on the charts and in building a business empire. Give them that.

Yet behind the “reality” … they both made each other crazy when klieg lights were off. And slews of other super-successful, glorious Real Housewives of Bulgaria and Real Housewives of Albania turn out, likewise over time, to be far more messed up than imaginable, some even destined for prison when exposed as crooks who paid other crooks to put their remarkably low-IQ dolt offspring onto college rowing teams so as to canoe them into colleges for which they never could qualify academically and never would survive if they had to, like, take actual exams or, like, read the lyrics to “Michael, Row Your Boat Ashore.”

It is that world Julia Haart craved. Venit, vidit, vicit — she came, she saw, she conquered.

Et cecidit. And she fell.

It came to be reported that Silvio Scaglia is finito with her. He had made her a corporate giant, CEO of Elite. And then she woke up to learn she had been fired from Elite World Group. Insiders told the New York Post she had been blindsided: “Julia had no idea when she woke up this morning that she was going to be leaving.” Her CEO’s email account was closed down. From fashionista demon to mailer daemon.

And her reality response? She immediately filed for divorce, reportedly adding allegations of ongoing marital abuse and seeking a restraining order based on “increasingly volatile, abusive and unhinged” behavior. Silvio would not allow her children in their home, adding, “I hate Shabbos [the Sabbath] and I don’t want it in my house.” Ah, reality.

Meanwhile, because Haart foisted her children onto her reality TV audience, we learn that daughter Batsheva’s marriage has broken up. (Wisely, husband Ben chose not to participate in the show.) And that daughter Miriam is in a lesbian relationship with a Swedish woman. Lovely.

My 20-year marriage to Ellen of blessed memory was more beautiful than I can describe. It also was as private as we could maintain for a congregational rabbi who also has a public footprint as a law professor and opinion columnist. Many reading this know what I mean because you also live such lives as privately as practicable. The lives of your children — and their challenges … and yours — are lived modestly, below the radar. Few of us covet what others have nor would trade ours with others. Every so often, it is helpful to “have a Haart” to remind us why.