The American Spectator: Some Reasons I Believe Firmly in G-d — and Core Aspects of My Faith
July 6, 2022 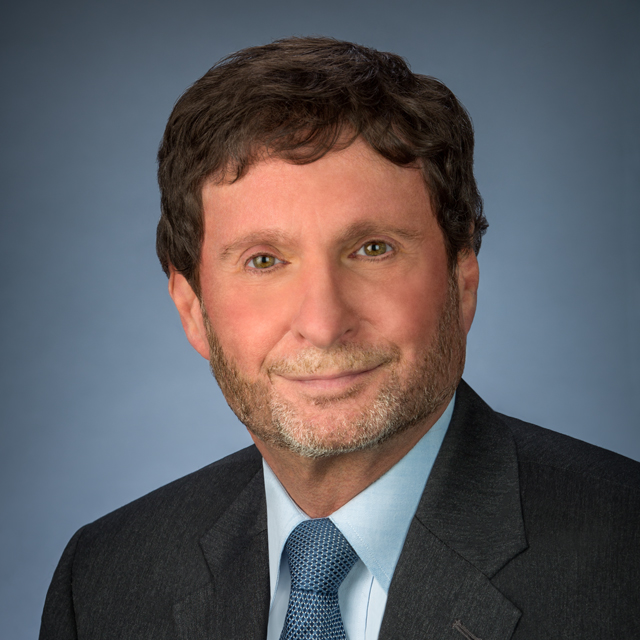 by Rabbi Dov Fischer in The American Spectator

Because my several thousand readers in The American Spectator seem mostly to be devout Christians (although rumor has it that Jews read me, too, as do agnostics and even anti-Semites), I present herein more universal thoughts rather than purely Judaic concepts. If you believe in G-d, howsoever you do, I hope these thoughts will strengthen those beliefs. If you are not a believer, I hope you will give this an open-minded read.

First, I believe that G-d the Creator is the G-d of History. The G-d of Noach, Avraham Avinu, Yitzchak Avinu (Isaac), Yaakov Avinu (Jacob), Yosef HaTzaddik (Joseph), Moshe Rabbeinu (Moses), Yehoshua (Joshua), Shimshon HaGibor (Mighty Samson), Dovid HaMelekh (King David), Eliyahu HaNavi zakhur latov (Elijah the Prophet), Yeshaya HaNavi (Prophet Isaiah), and Esther HaMalka (Queen Esther). He also was G-d when Babylonia burned our First Beit HaMikdash (Holy Temple) more than a thousand years before the emergence of Islam, when Rome burned our Second Temple in Year 70 and exiled us from Israel in 135 — still 500 years before the emergence of Islam and 1,829 years before Ahmed Shukairy fabricated the phony existence of a “Palestinian people” — and even amid the Shoah (Holocaust), the founding in 1948 of the Third Commonwealth of Israel. He watches over The American Spectator’s management and its readers even as He watches over those associated with the Huffington Post. Our G-d is G-d, the only G-d Who brought the Jewish Nation on its exodus from Egypt to assemble at Mount Sinai and to receive the Torah, His sacred Word.

I truly believe this. I believe He rewards good, often measure for measure, and He likewise punishes evil. Yes, there are moments that do present as theologically difficult — for example, the Shoah — but it is my sense that the Divine presence of The Creator  is so overwhelmingly manifest that it actually takes more “blind faith” not to believe in G-d.

So how explain the Shoah, for example? An article like this cannot sufficiently cover a subject that even books have trouble explaining. But in its most basic form, sometimes G-d punishes directly, and sometimes He hides his face. It is like the parent who keeps warning his or her child not to touch the stove and has to continue warning endlessly. At first, perhaps the parent punishes. (“Go to your room and figure this out.”) Finally, the parent decides “I am accomplishing nothing. If I just back off, once he touches the stove the lesson will be learned.”

And He said, “I will hide My face from them; I will see what their end shall be for they are a perverse generation, sons in whom is no faithfulness.” (Deuteronomy 32:20)

Then they will cry out to the Lord, but He will not answer them. And He will hide His face from them at that time because they have practiced evil deeds. (Micah 3:4)

“The nations will know that the House of Israel went into exile because of their sins, because they trespassed against Me, and I hid My face from them. So I gave them into the hand of their adversaries, and all of them fell by the sword.” (Ezekiel 39:23-24 & 29)

“In an anger I hid My face from you for a moment, but with everlasting lovingkindness I will have compassion on you,” says the L-rd your Redeemer. (Isaiah 54:8)

The Jews of post-WWI Weimar Germany — and even dating back to 1815 Hamburg, when radical “Reform Judaism” was founded — turned away from G-d and placed all their faith in German liberalism and German science. They converted and renamed their synagogues to “Temples” in order to manifest that Germany was their new Palestine/Israel, Berlin their new Jerusalem, and their local houses of worship their new “temples.” They copied German churches by importing church music and converting traditional Jewish prayers to melodies written for the organ to copy churches. They had their Reform rabbis dress like German pastors: black robes and no traditional head coverings. They banned kissing the Torah publicly and prayers for Jerusalem. Some Reform rabbis and temples moved the Jewish Sabbath to Sundays and banned circumcision. They believed and taught that by converting the Jewish religion to an approximate replica of liberal 19th-century Christianity, they would end anti-Semitism for once and for all and that Germany would lead the way for centuries to come as the blueprint for ending anti-Semitism. They argued they were on the right side of history.

No one can argue on the subject of who is on the right side of history until history unfolds.

Neither the Holocaust nor the First and Second Churban (destruction of the Holy Temples) on the macrolevel challenges our faith any more than do personal tragedies on the microlevel. In 1967, G-d brought the dearest friend and pillar of my life, my father Aaron, to Paradise at his age 45, my 14. That loss has plagued me for half a century but never challenged my faith. Two years ago, He brought the love of my life, my wife Ellen, to Paradise at age 64. Dad died of leukemia, Ellen of glioblastoma. Psychologically and emotionally, both these deaths have shaken and impacted me — but never my faith and belief in a loving and just G-d. It all evens out in Olam Habah (the World to Come).

So He did not smite but hid His face and allowed Jews of that ilk to experience the purest form of that Germany in its time. It was Germans who elected Hitler, not G-d. It was Germans who built Dachau and other death camps. They built the “showers” that rained Zyklon B, the crematoria where their victims were burned, and the mass graves where the victims were buried. They found great support from Ukrainians of the day who were complicit with Hitler’s and Heydrich’s Einsatzgruppen. Major funding for the Auschwitz death camp came from Deutche Bank. They turned from G-d and put their faith in German science. He then hid His face as Germany unfolded Aryan racial science and Dr. Mengele’s medical experiments on live human beings. (READ MORE FROM DOV FISCHER: Why Holocaust Education Is Mostly Counter-Productive)

So there is that. Perhaps more on a future day.

Here, as examples, I am particularly fascinated by three phenomena: solar, oxygen, and gravity.

SOLAR: Depending on seasons and other factors, the sun averages a distance of 93 million miles from earth. (The distance averages between 91.4 million and 94.5 million miles.) Just a few thousand miles closer, and all of humanity would have disappeared long ago, cooked to ashes. Just a few thousand miles farther away, and humanity would have frozen into glaciers and ice cube trays. How did this phenomenon come about? Luck? Coincidence?

OXYGEN: The air we breathe is a mixture of 78.08 percent nitrogen, 20.95 percent oxygen, 0.93 percent argon, 0.04 percent carbon dioxide, and a de minimis smattering of other gases. If the component of oxygen were a mere 10 percent higher, one guy lighting a cigarette or candle would destroy the entire universe. (Don’t try this at home, kids.) By contrast, if the oxygen component were just a tad less — say 16 percent instead of 21 percent — all of humanity would have suffocated at the outset. Those with lung illness in particular know that the oximeter should read at 90 or higher, that 87 percent is iffy, and 80 percent ultimately is death. And yet the mix is just right to sustain humanity. How did this phenomenon come about? Luck? Coincidence?

GRAVITY: I never gave gravity much thought. I am not only a Rav (Orthodox rabbi) and opinion writer but also an attorney of 28 years and a law professor of 16. As far as I was concerned, gravity is a law, and that is that. Gotta follow the law. Then I came across an article that piqued my curiosity and belief in an eternal Divine Creator Who, inter alia, preceded all, will outlast all, is the One to worship, will one day send His Messiah and will bring about the resurrection of the deceased. It turns out that NASA and other real sources of honest apolitical science found that, without gravity during their space travels, astronauts are far more likely to sustain broken bones upon returning to earth. See, e.g., “Bone and Muscle Loss in Microgravity”; “Deep-Space Challenge: Broken Bones May Heal Best in Earthlike Gravity”; and “Astronauts Suffer Decades of Bone Loss from Months in Space, Study Reveals.” In brief, with many variables, the pull of gravity averages approximately 32 feet per second for every second that an item is pulled without encountering a resisting force. In other words, the absence of gravity would consign humans to lost bone density and regular broken bones while a slightly more intense pull would “glue” us, unable to move. How did this perfect gravitational pull come about? Luck? Coincidence?

These are just a few considerations that inform my firm belief in G-d as Divine Creator. They certainly are not the only factors, and there is so much more to share, but they reflect how physical phenomena discovered by real apolitical science inform core aspects of my faith.

Originally published in The American Spectator