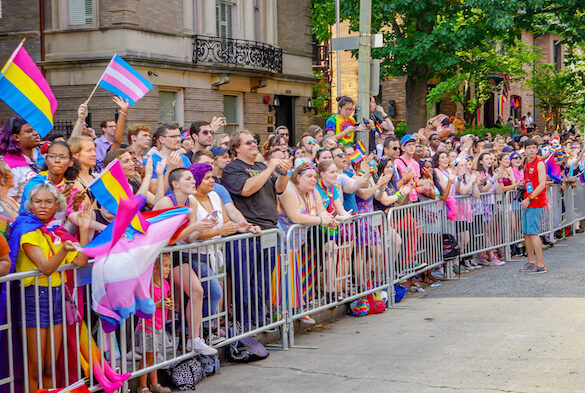 The Coalition for Jewish Values (CJV) Healthcare Council called today for the Children’s National Hospital of Washington, DC, to release data regarding minor girls who have received “gender-affirming” treatments as part of its Gender Development Program. The Healthcare Council said this was necessary in the interests of full transparency, and to restore public confidence in the hospital as a provider of pediatric care.

“Children’s National Hospital needs to provide a full accounting,” said Yehuda Mond, M.D., Chair of the CJV Healthcare Council. “The hospital must be frank about which procedures were performed, and at what ages, in the name of gender affirmation. If these did not include hysterectomies for minor girls, the hospital must explain why both its website and multiple operators repeatedly, confidently stated otherwise, and for patients under sixteen.”

On August 25, Twitter user Chaya Raichik, otherwise known as LibsofTikTok, published recordings from a phone call that she placed to Children’s National Hospital. On the recording, two operators, the latter in the surgical department, affirm that Children’s National will perform a “gender-affirming” hysterectomy for Raichik’s purported sixteen-year-old daughter. The first offers to contact the medical director of the hospital’s “Gender Development Program” to confirm, while the second repeatedly states that they perform “gender-affirming” hysterectomies on girls as young as sixteen and adds that “I have seen younger kids.”

A hospital spokesperson told Fox News that the conversation “reflects a call with hospital operators, not anyone who delivers care to our patients.” The spokesperson did not dispute the accuracy of the recordings, but stated nonetheless that “we do not provide gender-affirming surgery for anyone under the age of eighteen.” The Washington Post took similar statements at face value, asserting the recording was “erroneous information” that “falsely suggested” Children’s National performed the procedure. NPR similarly called confirmation that the hospital would perform hysterectomies “false claims.”

“We know of large numbers of cases where minors have been sterilized in the name of ‘gender affirmation’” said Miriam Grossman, M.D., a child, adolescent and adult psychiatrist and member of the CJV Healthcare Council’s Executive Committee, who has warned about the dangers of gender ideology for over a decade. “Journalists should not be providing cover for the hospital in this case, but joining us to ask why the website and staff members both informed a caller that a sixteen year old could receive a ‘gender-affirming’ hysterectomy if this was not actually true.”