In series of interviews, CJV explains the assaults on religious freedom in New York
September 20, 2022

Yeshiva University was recently told by a NY judge that it must certify “YU Pride Alliance” as a student organization, although Yeshiva’s rabbinic leaders said the religious institution cannot permit such a club. While discussing the lawsuit with EWTN News Nightly, Rabbi Menken criticized the New York judge’s overreach: “The NY judge was prepared to override the religious nature of the university and force what they now consider to be the ‘American standard’ of acceptance of LGBT and promoting its activity as something to be celebrated by a campus organization.”

This appearance soon showed up even overseas, as in this article in the Daily Mail: 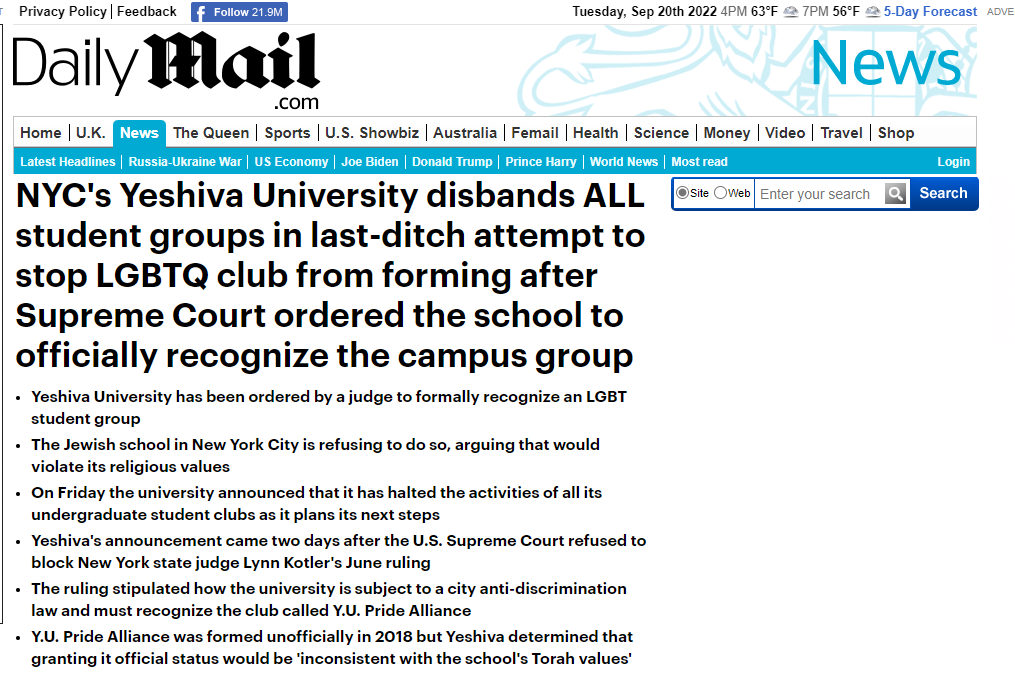 This, too, made it into print, on NewsMax’s own website: 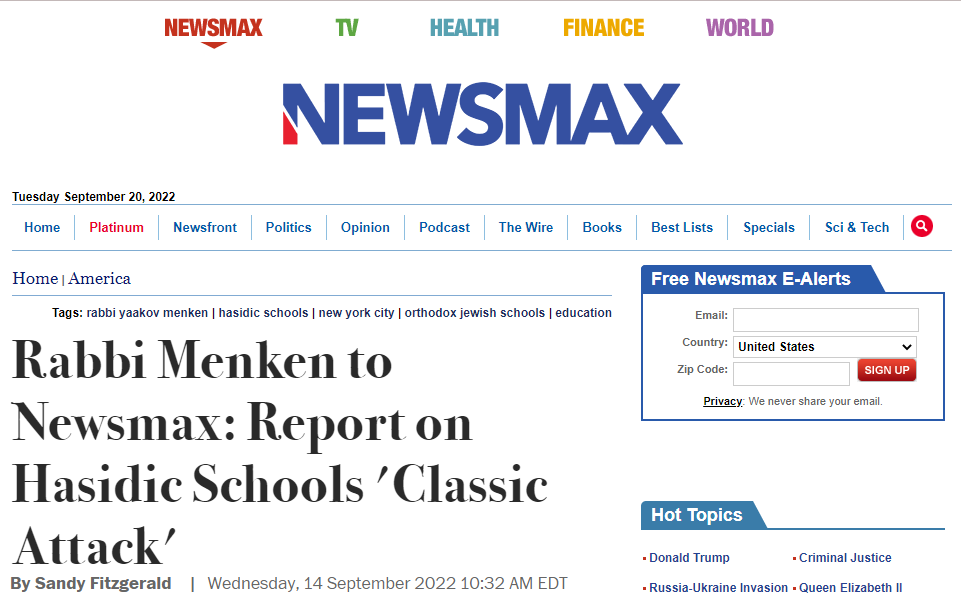