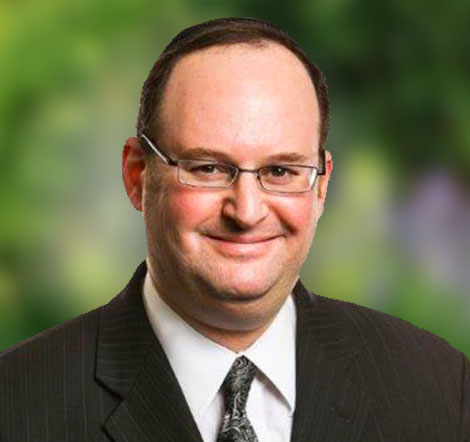 by Rabbi Avrohom Gordimer in the Israel National News

In an effort to force the hand of Yeshiva University president Rabbi Dr. Ari Berman and the YU administration to grant undergraduate club status to YU Pride Alliance, over 1600 students, alumni and professors from YU’s many schools have signed petitions and statements demanding that YU Pride Alliance be given formal recognition and funding. The signatories range from current students, faculty and alumni to those of decades past, including some people who graduated from YU over half a century ago.

At first glance, the dozens of pages of signatures might appear to be a bit daunting. 1600+ seems like a large number for an institution that most of us consider to be on the smaller side. However, taking a step back, it is clear that these petitions and letters failed miserably, for despite being aggressively circulated for signatures, and despite the petition and its signature link having been featured in very prominent Jerusalem Post, JTA, and Times of Israel articles, the actual number of signatories represents a tiny fraction of YU’s student and alumni base. Of YU’s well-over 70,000 alumni (plus several thousand current students in the total YU system, and over 2000 RIETS rabbinic alumni), 1600 is a minuscule and basically insignificant figure. Even should we lower the number of total targeted signatories by taking into account those alumni who have passed away, the final number of those who signed is negligible.

Moreover, when we consider the overwhelming number of YU students and alumni who did not sign the petition, it emerges that the number of those opposed to the petition totally trounces the number of those who signed it. The petition was aggressively promoted and marketed all over the place, yet the clear and astronomical majority of those qualified to sign declined to do so. If anything, the tiny fraction of actual signatories from the aggregate potential and hoped-for number sends the message that the opposition to the YU administration’s stance on the YU Pride Alliance issue is more noise and smoke than reality, and that the numbers overwhelmingly stand solidly behind the YU administration’s position.

Taking a step back further, the entire enterprise of a petition on this matter is perplexing. Although a significant minority of signatories (mostly from YU’s graduate schools and faculty) are not Orthodox Jews or are not Jewish at all, those signatories with Orthodox backgrounds presumably realize that the issue at hand involves paramount Torah principles, such as identification with halakhically illicit relations (Giluy Arayos), and Chillul Hashem (Profaning God’s Name).

Even if one were to argue that these two principles should not determine the final outcome, all must agree that they are serious factors and considerations. As such, every Orthodox Jew knows (or should know) that guidance on these weighty topics must be sought from preeminent Torah authorities. Precedent for pushing an issue of halakhic import by way of populist petition and protest derives from Korach and is totally outside the parameters of accepted Orthodox thought and deed.

Let’s take a step back more and cite the Torah sources regarding this issue:

“And a male who lies with another male as with a woman – they have committed an abomination; they shall surely die – their blood is upon them.” (Ibid. 20:13)

Note: Although the Torah employs the verbiage of “to’eivah”/abomination with regard to various other offenses, such as consuming certain types of forbidden foods and the use of corrupted weights and measures, those sins do not carry the death penalty; recent efforts to downplay the severity of homosexual relations by equating them with lesser acts that are likewise labeled by the Torah as to’eivah are hence off the mark. To’eivah as used in the Torah can refer to physical, spiritual or moral abomination, none of which are equal or necessarily parallel.

There are plenty of additional sources in classical rabbinic literature regarding the acute offense of homosexual relations (v. Sanhedrin 82a, Chullin 92b, etc.), and the prohibition has been codified in the Yad Ha-Chazakah, Tur, Shulchan Aruch, and literally every other halakhic code that discusses illicit relations.

As with any Torah transgression, the sin lies in the act and not in the desire; a person who harbors an uncontrollable lust for another of the same gender is not held culpable in any way, just like anyone who has an involuntary desire to violate the Torah in other areas is not liable unless he acts upon that desire. One who instinctually desires that which the Torah forbids and does not act upon his urge is praiseworthy, heroic, and righteous.

Taking into account the Torah’s strict stance about our topic, the YU administration’s words are surprisingly soft:

“The message of Torah on this issue is nuanced, both accepting each individual with love and affirming its timeless prescriptions. While students will of course socialize in gatherings they see fit, forming a new club as requested under the auspices of YU will cloud this nuanced message.” (JTA)

“We welcome, love, and care for all our students, including our LGBTQ students. We place a specific emphasis of importance on supporting our LGBTQ students. There are a number of ways we express this support, including hosting an LGBTQ support group, requiring LGBTQ sensitivity training to all of our rabbis and faculty and presenting public events so that all of our students better understand the experience of being LGBTQ and Orthodox. And, of course, we uphold our strong anti-bullying and anti-discrimination policies. We understand that a number of our LGBTQ students think YU should be doing more for them including establishing a student club. We had been engaged in a constructive dialogue with our students to work on building an even more inclusive campus experience.” (YU – FAQS)

YU has been more open and welcoming on this matter than probably anybody expected, and it is thus nothing short of shocking that rather than YU Pride Alliance appreciating Yeshiva University’s understanding attitude, YU Pride Alliance and its supporters resorted to litigation and protest to demand that YU go even further by endorsing and funding YU Pride Alliance as an official Yeshiva undergraduate club.

As Rabbi Rodney Weiss writes, those pushing for this endorsement and funding are quite aware of the Torah’s prohibition of and strong objections to an active LGBTQ lifestyle, and they are quite aware as well that YU is a conspicuously Orthodox institution with a rich Torah tradition. To knowingly force YU into this position is a very dishonorable gesture, to put it lightly.

YU Pride Alliance and its supporters claim that they merely seek a venue for personal support. However, the very name of the organization belies this assertion, as it proclaims pride for homosexuality and transgenderism. To think that this has a public place at Yeshiva is patently wrong. (As this article goes to press, Open Orthodox YCT appears to be going in the very opposite direction of YU on these issues.)

No amount of mental gymnastics can allow a Torah Jew to endorse YU Pride Alliance. Those who are on the fence about the issue and those who have signed the petition would do well to read Rabbi Steven Pruzansky’s new article, Torahphobia.

In these Yemei Teshuva (Days of Repentance), let us take a step back and realign our minds and hearts with the Torah’s values, casting aside all specious arguments and unsupported justifications for that which is blatantly wrong.

If our values are those of secular society, let us not call them Orthodox values and attempt to use the Torah to uphold and bolster that which is its antithesis.

If our values are those of the Torah, we must unapologetically affirm them and not endorse the official establishment of a gay pride club under the banner of Yeshiva.