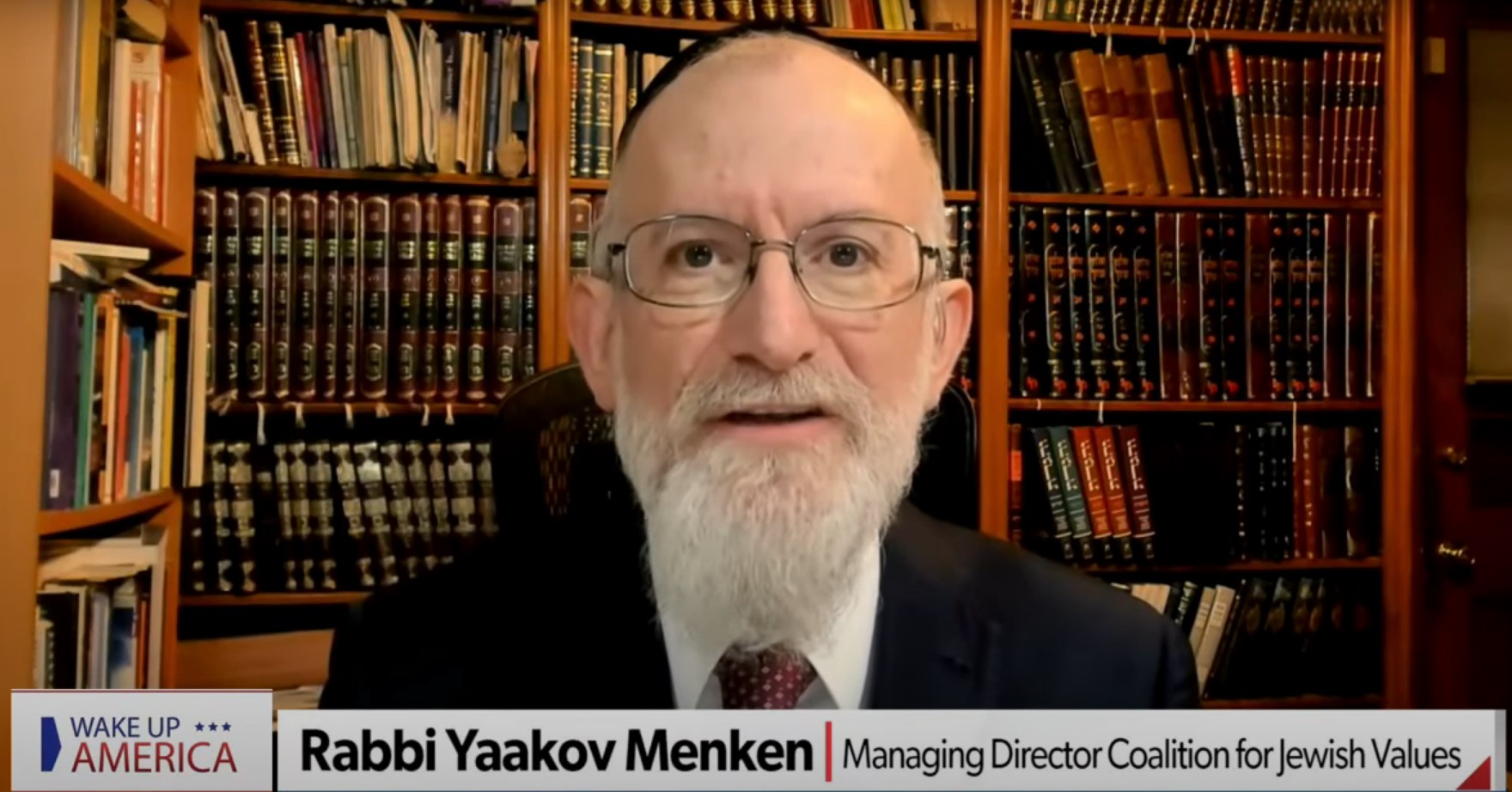 “Having Ilhan Omar on as an expert in antisemitism is appropriate in that she uses antisemitic tropes every day and twice on Shabbos…. Not only does he [former President Donald Trump] not surround himself with antisemites, he surrounds himself with Jews who take their Judaism a lot more seriously than his critics [do].”

by Sandy Fitzgerald in Newsmax

Former President Donald Trump was criticized for questioning Jewish Americans on their support for Israel, but his comments were “absolutely true,”

Rabbi Yaakov Menken, the managing director for the Coalition for Jewish Values, told Newsmax on Friday.

“Everything he said there was completely reasonable and above board,” Menken told Friday’s “Wake Up America.” “Israeli Jews back him. Evangelicals back him and sadly, U.S. Jews are turning against Israel to an increasing degree while Israel is in danger.”

Earlier this week, Trump came under fire after he called for American Jews to “get their act together” and to show more appreciation for Israel before “it is too late.”

“No president has done more for Israel than I have,” Trump wrote on Truth Social, adding the United States’ “wonderful Evangelicals are far more appreciative of this than the people of the Jewish faith, especially those living in the U.S.”

One of Trump’s critics this week was Rep. Ilhan Omar, D-Minn., who said Trump’s comments invoked tropes on Jewish loyalty at a time when antisemitism is on the rise worldwide, but Menken ridiculed using her as a source on the topic.

“Having Ilhan Omar on as an expert in antisemitism is appropriate in that she uses antisemitic tropes every day and twice on Shabbos,” Menken said. “This is one of the leading antisemites in America. It is a terrible thing that she remains on the House Foreign Affairs Committee. As far as having her on television to discuss antisemitism, next week, they should have Son of Sam on to discuss violence against women.”

Menken said he also agrees with Trump’s comments stating he is the leading figure when it comes to Israel and that people there think he has done more for their country than any other U.S. president.

The support for Trump comes, according to Menken, “for his policies, not because of his personal behavior or anything like that, or his unreasonable statements that he, you know, like anybody, makes.”

Trump’s policies “have always been extremely friendly,” he added. “Not only does he not surround himself with antisemites, but he also surrounds himself with Jews who take their Judaism a lot more seriously than his critics.”

On the other hand, entertainer Kanye West’s antisemitic comments on Twitter, after he shared several controversial posts, including he was going to go “death con 3” on Jewish people, must not be tolerated, Menken said.

“It is a sad symptom on both sides of the aisle of a willingness to tolerate and accept antisemitism in a way that with any other minority group, he would be toast,” Menken said. “You would have no career as of now, and he would not be getting defended by his friends like Candace Owens, whose comments about his statement were completely unreasonable.”

Menken said Owens said that “a reasonable person can’t look at that statement and conclude it was antisemitic. Imagine somebody saying they’re going to go DEFCON three on Black people. Would Candace Owens ever conclude that that wasn’t racist? Of course not. It was obviously racist.”

But still, he said there is a “sad tolerance” that is being seen for West’s posts, and the fact he is an entertainer who can “make such a statement and not get widespread condemnation is indeed very scary.”