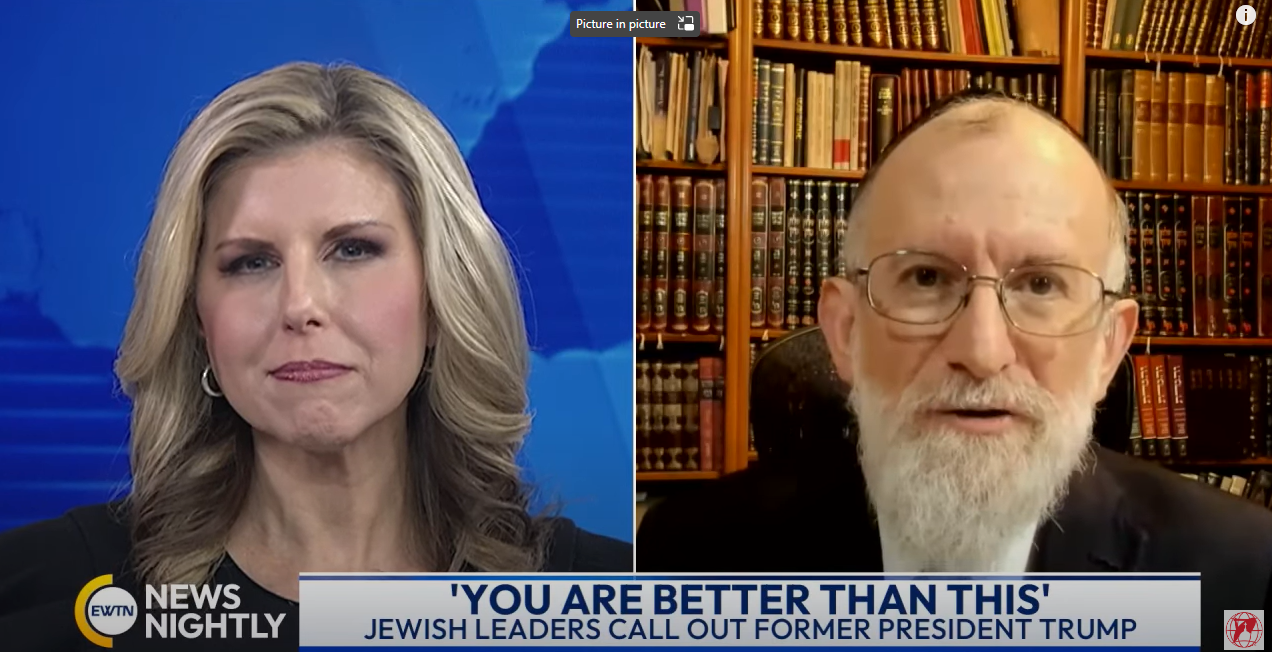 Today, the US Senate is voting on a bill to protect same-sex marriage. The Mormons and other denominations give the proposal a thumbs up. Managing Director for the Coalition for Jewish Values, Rabbi Yaakov Menken, joins to discuss the opinion of the Jewish community.

There is also some drama over the House, where Representative Ilhan Omar is crying foul, as she says the incoming speaker of the House Kevin McCarthy will remove her from the Foreign Affairs Committee. Rabbi Menken backs McCarthy’s move. He explains why that is.

On another note, a number of Jewish leaders are criticizing former President Donald Trump after his recent meetings at Mar-A-Lago with rapper Kanye West and Nick Fuentes, as both of them have made antisemitic comments in the past. This president did a lot for the state of Israel and the Jewish community and many of his own family members are Jewish. Rabbi Menken shares why he would meet with known antisemites. He fills us in on how Orthodox Jewish rabbis in the US are reacting to these headlines.