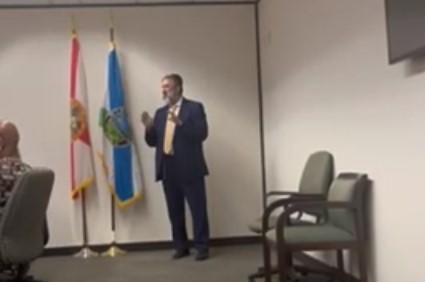 Coalition for Jewish Values scored an important pro-life win in Florida this week.

On the agenda for the Miami-Dade Interfaith Advisory Board (IAB) was a statement of support for a lawsuit against Florida’s HB5, banning abortion after 15 weeks gestation with the exception of cases that threaten the life of the mother. The IAB addresses issues affecting religious Miamians and liases with both the community at large and the city government. A statement from the IAB could have significant impact on Florida courts when they rule on cases involving religious freedom issues.

The lawsuit claimed falsely that the 15 week ban is violative of Jewish law and practice. The motion for the IAB to state its support for the lawsuit was proposed by a seated board member who is also one of the plaintiffs.

Rabbi Moshe B. Parnes serves as the Dean of the Hollywood Community Kollel, a Kollel for Rabbinic Scholars in Hollywood, FL, and is also the Southern Regional Vice President of the Coalition for Jewish Values. He rose to address this motion, and stated both that abortion is unequivocally termed murder in Jewish law, and that the lawsuit clearly misrepresented Jewish values. “We were appalled by the pseudo-scholarship of this lawsuit. They cherry-pick three unrelated issues,” he said. “It bothers us greatly that people take their own slogans, and their own ‘woke’ ideas if you wish, and put them into Judaism.”

After hearing the statement of Rabbi Parnes and those of others, the IAB voted down the motion to support the lawsuit by a vote of 2-6 with one abstention.