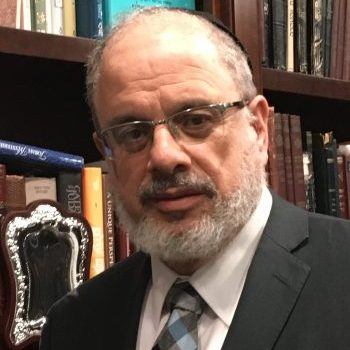 by Rabbi Yoel Schonfeld in Queens Jewish Link
I returned a couple of days ago from a magnificent twelve-day trip to Eretz Yisrael. I had not been to my father’s kever since his passing as Covid interfered at each attempt. My wife had also not been to her mother’s kever in Beit Shemesh since the last time we were in Israel about five years ago.

One of the tours we took was with my sister and brother in law Debbie and Jonathan Spero as we spent a couple of days in the holy city of Tzefat. At one point we were ascending a steep hill when we came across a public restroom. As I was waiting for the others to exit, I noticed a young Arab woman with Arab headgear and Smartphone in hand enter the ladies side. No big deal.

I said to myself, isn’t that something? An Arab can enter a public restroom, possessing the latest electronics while giving no thought to it. (a routine occurrence in Israel).

Isn’t Israel supposed to be an apartheid state? In apartheid South Africa Blacks were not allowed to enter a bathroom with whites. They could not share the same busses or drink from the same water fountains. In Israel Arabs openly share facilities with no questions asked. Of course, we know that Arab Israeli citizens vote, have their own political parties and share in all the professions. Yet Israel is called an Apartheid state by so many on the left, including some Democratic congresspeople and students and professors across the nation. Unfortunately, many Jews are in that group too as being anti-Israel is your visa into their cool upside-down world.

Israel just underwent another democratic election where the country made it clear they had enough with the dangerous leftist agenda and voted for the Likud and Netanyahu to form a government with other right winged and religious parties.

The reaction from the democratic loving left in Israel and the United States? The usual hysteria reserved for times when things don’t go their way. Shout, hurl insults and call names.

In their sights was the Religious Zionist leaders Bezalel Smotrich and Itamar Ben Gvir both who represent the hard right. They want to bring the Jewish religion back to its place of prominence in the governance of the Jewish People. This is an anathema to anyone on the left.

The Biden administration let float the idea that if Ben Gvir has any ministerial position, they may not be able to deal with the new Israeli government. After all, Mr Ben Gvir years ago was a supporter of Rabbi Meir Kahane Hy” d.

There were many reactions coming from the left expressing the same concerns. Perhaps the most egregious remarks came from the Reform leader Rabbi Rick Jacobs head of the Union for Reform Judaism. On November 20th Jacobs said to the Ynet news site, “handing far right Otzma Yehudit Ben Gvir to security minister is akin to appointing David Duke, one of the heads of the KKK, as attorney general”. Does it get more hateful than that?

You might think that if not for the victory of the right Reform Judaism would be solidly behind Israel. When was the last time you can recall Reform and Conservative Judaism as a strong advocate for Israel? During the Hamas Wars? Reacting to BDS? Ben and Jerry’s? Escapes me.

I have family that came in from Israel every year to a well-established Conservative summer camp. The eventually had to stop coming because they were not allowed to say anything too strongly pro-Israel. Yet the kids hung the Palestinian flag from the rafters. Made no difference which party was in control of the Knesset at the time.

Moreover, the Administration and leftists like Jacobs and Thomas Friedman have a problem dealing with Ben Gvir. They claim he supports terror. How about dealing with Abu Abbas a Holocaust denying Jew hater who literally pays for terrorists to kill Jews? Remember he said the Jews have to keep their “filthy feet” off the Temple Mount?  ( See JPost September 16, 2015)No problem dealing with him. Is that soft anti-Arab bigotry coming from the left? They don’t expect better from Arabs.

If there is Apartheid practiced it is by the political and religious left. They have no limits to their hypocrisy as they single out certain Jews for mistreatment.

I wonder if they would allow Ben Gvir and his followers to share the same bathroom they use.