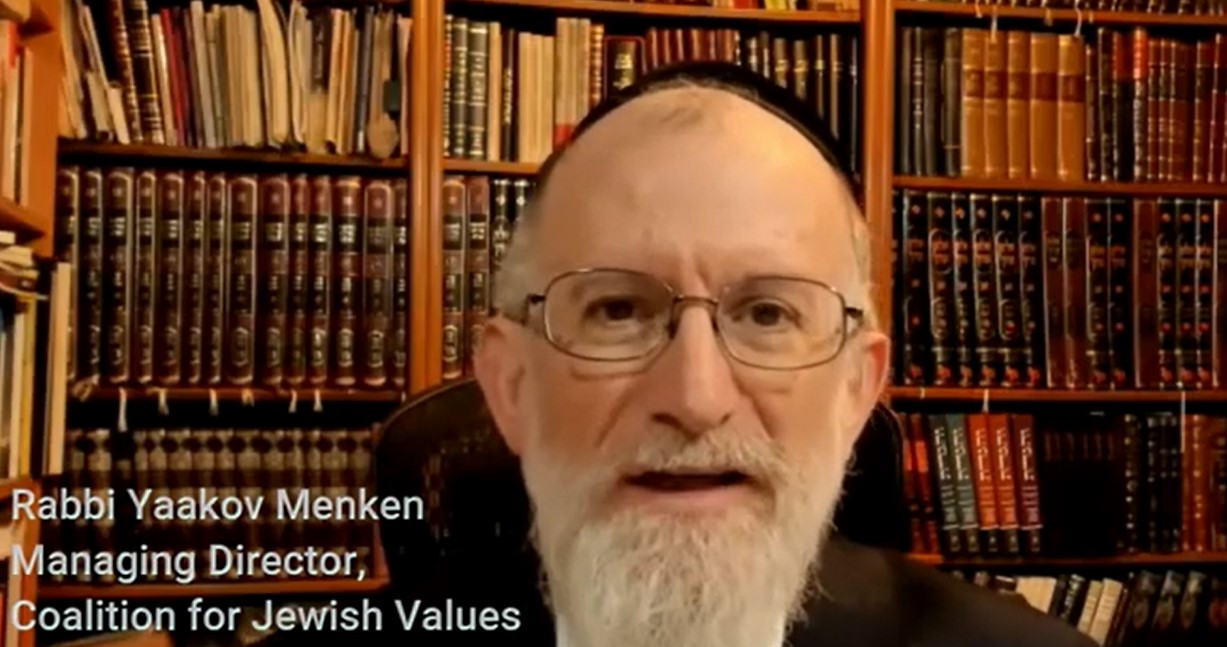 Rabbi Yaakov Menken, Managing Director of the Coalition for Jewish Values, an outspoken leader against the radical left’s incitement of antisemitism, appeared on the VIN News podcast.

Rabbi Menken discussed the recent comments made by Kanye West. He also explained why there has been a surge in antisemitism, addressed Ben Shapiro’s role as a mainstream orthodox media figure, explained why his organization is so crucial for the frum community to combat leftist Jews who are hurting our cause, and much more.

When asked if Kanye’s hatred is just a fringe belief, Rabbi Menken said: “They are for sure not just fringe beliefs, there’s a large segment…when the Monsey machete attacker and the Jersey City gunman and 95% of the random violence…in Brooklyn is coming from that community, it is obvious that there is incitement going on within that community.”

He added, “It’s not as if what Kanye has to say is radically different than Farrakhan and Ilhan Omar.”

WATCH THE FULL INTERVIEW BELOW: