Rabbi Pruzansky in Israel National News: Is there a middle ground between Never Trumpers and Always Trumpers?
December 1, 2022 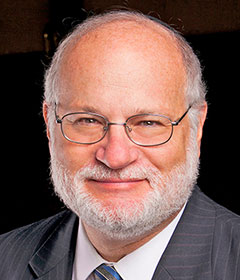 Is there a middle ground between Never Trumpers and Always Trumpers? Never Trumpers disregard any of the former president’s achievements and preferred a doddering, barely coherent octogenarian in the White House to Donald Trump. Always Trumpers are those who, in Trump’s own words, can witness him shoot someone in cold blood on Fifth Avenue and still vote for him.

The middle ground, eminently reasonable, can commend Trump for his policy successes and even his political instincts, and still criticize his occasional outlandish statements, rhetorical excesses, obsessions with the last election, and unfortunate choice of dinner guests. The bad he does should not drown out the good that he has done.

Donald Trump is a complicated person, which is not an earth-shattering observation.

The good should be undeniable by any objective observer. He presided for most of his presidency over a booming economy, full employment, a relatively secure border, prosperity, and peace. No president has ever been more supportive of Israel. The list is well known but at its core was the ability to look at the Middle East with fresh eyes rather than with the stale cliches and overt biases of generations of State Department officials, some of them Jews, who succeeded only in weakening Israel and inflaming the region. Many of those failed and tendentious diplomats do not forgive Trump for his extraordinary successes, and never will.

But Trump is not a Baal Mussar, never was. He doesn’t think before he speaks or tweets, never did. Occasionally, this redounded to his credit when it unnerved and intimidated America’s enemies, but usually, he was harmed by his intemperate statements and verbosity. In retrospect he received poor advice and implemented terrible policies during the Corona pandemic but, to me, he lost the presidency not through a rigged election but during the idiotic daily press conferences he held that accomplished nothing and showed the impotence of his government.

It was this desperate need for attention that I think is at the heart of his Kanye West dinner fiasco. True, the Talmud tells us that the n’kiyei hada’at (scrupulous people) of Yerushalayim would never dine with anyone unknown to them (Sanhedrin 23a) but Trump apparently never aspired to that designation. So his dinner guests were a mentally ill, unbalanced Jew-hater and an unknown fascist wannabe. Apparently, Trump was more troubled by West’s desire to run for president (that would be a real clown show) than by his anti-Jewish ramblings and bizarre fantasies.

He also never apologizes or admits errors of judgment or deed, which again marks him as a non-Baal Mussar, but is prudent given the relentlessness of his haters, the social justice warriors, and his media critics. It might be prudent, but it is bad form and unworthy of a morally serious person.

So the Never Trumpers are ungrateful and the Always Trumpers overindulgent. What does the Sane Middle (i.e., me) suggest?

Had Trump decided not to run in 2020, he would have been one of the most successful presidents in history, even accounting for the pandemic. Americans would be grateful and even Jews – hard core Democrats though most might be – would have seen the hand of Providence in the election of an outsider (indeed, a TV celebrity) to the presidency – and all for the purpose of recognizing Yerushalayim as Israel’s capital, Israel’s sovereignty over the Golan, the Abraham Accords and a host of other good deeds. Alas, he ran again, in an environment in which election rules were unprecedentedly “fluid.” And so he lost.

Nevertheless, let’s be clear. His 2016 election was a fluke. He lost the popular vote by a wide margin (sure, lefty California drives up the numbers) but he only squeaked through in the electoral college. A shift of – what do they say? – 55,000 votes in three states would have elected Hillary Clinton. Indeed, a shift of 77,000 votes in three states would have re-elected Trump in 2020 even though he lost the popular vote by an even larger margin. But winning the electoral college while losing the popular vote is like drawing an inside straight. It is a rarity and a poor election strategy.

It is telling and should worry Republicans, that the Republican presidential nominee has won the popular vote only once since 1988 (Bush in 2004). That’s one win and seven losses. That is a bad record. He can run to raise money but eventually, people will see through the scam (fund-raising for candidates but not spending that money, which eventually a candidate can keep for himself). If he drops out, it will be because the money has dried up, no matter what is otherwise attributed. And it is just as well. Part of the piling on underway because of his ill-advised dinner guests – call it “Trump’s Political Last Supper” – is an unsubtle message even from his erstwhile supporters that it is time he (and we) moved on.

Always Trumpers, these days a dwindling number, do themselves a disservice by seeing no flaws and by not being objective. Never Trumpers always overreach by manufacturing flaws (racism, Jew hatred) that are untrue and incredulous, and by not being objective. What is Donald Trump, ultimately? He is a character, a media personality, impetuous, impulsive, and not very deliberate – all undesirable traits in a leader – but a man who changed history, who made political breakthroughs that no one could have, who won one election that only he could have won and lost one election that only he could have lost.

We should be appreciative of all the good that he did. And he should know when it is time to recede from the public eye and retire gracefully.

What are the chances of that?