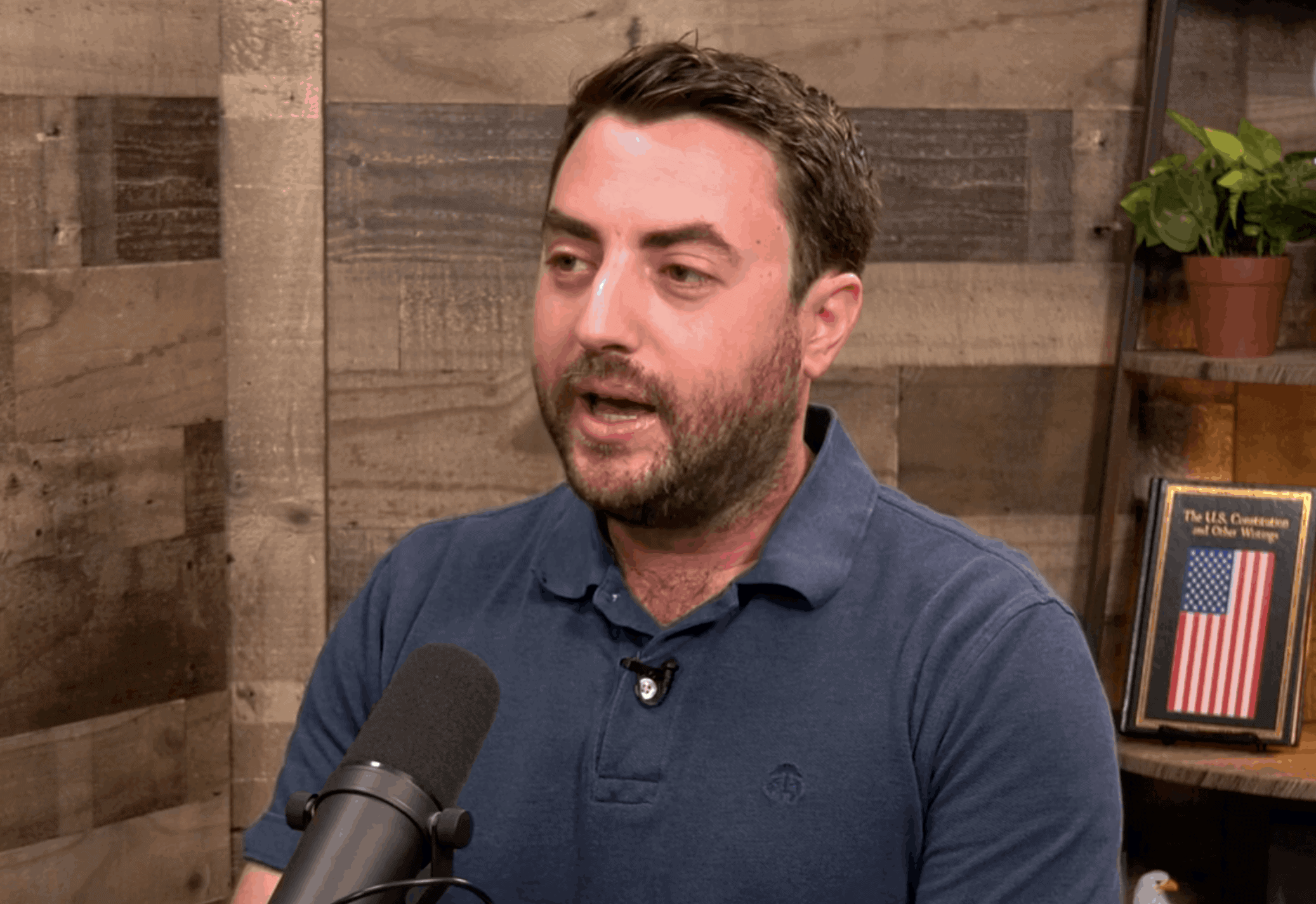 by Tyler O’Neil in The Daily Signal

In the past two months, the Southern Poverty Law Center’s Hatewatch project has turned its ire to Josh Hammer, the opinion editor at Newsweek, suggesting he supports white nationalism and should be a pariah in polite society. In three articles featuring Hammer, the leftist SPLC repeatedly mentions white nationalism but omits the fact that Hammer is a religiously traditional Jew from a Jewish background.

“Newsweek Embraces the Anti-Democracy Hard Right,” ran the first SPLC headline on Nov. 4. The Southern Poverty Law Center’s Michael Edison Hayden slammed Hammer for publishing conservative opinion pieces, noting that Newsweek’s op-ed page published what the SPLC condemned as “bigoted views, like appearing to call for the state to deny adults access to trans-affirming medical care and supporting a ban on all legal immigration into the U.S.”

Hayden went on to condemn Hammer’s support for Blake Masters, Arizona’s unsuccessful Republican candidate for U.S. Senate this year, asserting that Masters “emerged as a favored candidate of white nationalists, neo-Nazis and other admirers of fascism.”

The article does not once mention Hammer’s Jewish faith or heritage.

Similarly, the SPLC attacked Hammer in a Dec. 11 story about the New York Young Republican Club’s annual gala. The organization drew attention to a small interaction between “a Hatewatch reporter” and Hammer, in which the reporter asked the Newsweek editor if he knew Peter Brimelow, founder of the anti-immigration blog VDARE, whom the article describes as a “white nationalist.”

According to the SPLC, Hammer asked, “He’s right here, right now?” and added, “I didn’t even know he was here! I’m going to say ‘Hi.’”

The SPLC claims Hammer expressed “excitement” about the “infamous white nationalist publisher,” but the article does not include a video that would demonstrate just how “excited” Hammer may have been. The article goes on, however, to claim that when the reporter identified his SPLC affiliation to Hammer, the Newsweek editor “quickly claimed he did not know Peter Brimelow and left.”

Again, the story did not mention Hammer’s Jewish faith or heritage.

Not only am I Jewish (and a lawyer and former federal appellate law clerk, while we’re at it), but I got the notification for your tweet while I happened to be in the middle of…reviewing today’s Daf Yomi.

The SPLC’s Hatewatch ran another article, “Newsweek’s Place in Radical Right on Display at Gala,” on Dec. 14. This article mentioned that the New York Young Republican Club published a special guest list including the Austrian Freedom Party, which former Nazi Party SS officers founded. The article then recounted the claim about Hammer’s excitement about Brimelow, and raised questions about “Newsweek’s legitimacy.”

Once more, the SPLC omitted Hammer’s Jewish faith and heritage.

Although Hammer is a conservative, Newsweek’s opinion section publishes a broad range of political commentary from both the Left and the Right. For instance, Newsweek published dueling views on Elon Musk’s “Twitter Files,” one highlighting the “throttling of conservative voices” and the other claiming that “Twitter suppressed a story that wasn’t damaging.” One of Hammer’s deputy opinion editors, Jason Fields, suggested to his “liberal brothers and sisters” that they may want to leave the country in an article claiming that “It May Be Too Late to Save America.”

Laura Goldberg, founder, and principal of LBG Public Relations sent The Daily Signal a statement on behalf of Hammer and Newsweek.

“Josh Hammer does not share nor endorse the views of those published in the opinion section of Newsweek, nor those who participate in events he attends,” she wrote. “Josh Hammer has denounced white supremacist and antisemitic views, such as in a recent podcast episode where he vehemently rejected the views of Nick Fuentes. Any attempt to assign these views to Josh is without merit.”

“Newsweek’s mission is to be a platform for diverse voices and Josh’s work supports that mission,” Goldberg added.

Rabbi Yaakov Menken, managing director at the Coalition for Jewish Values, condemned the Southern Poverty Law Center’s attacks on Hammer. Critics such as Menken argue that the SPLC brands mainstream conservative and Christian organizations as “hate groups,” putting them on a “hate map” with the Ku Klux Klan.

My book “Making Hate Pay: The Corruption of the Southern Poverty Law Center” lays out the history of the SPLC and how its program to monitor the Klan and other white supremacist groups, Klanwatch, morphed into Hatewatch, the project that attacked Hammer and manages the SPLC’s “hate group” accusations. A former SPLC staffer has claimed that the SPLC’s accusations of “hate” are a “cynical fundraising scam” aimed at “bilking northern liberals.”

“The SPLC’s hate map was used to commit a terrorist act over a decade ago, yet the organization continues as it was—targeting conservatives, whitewashing Islamic terrorism, making Jews less safe,” Menken said, referencing a terrorist attack at the Washington, D.C., headquarters of the Family Research Council.

The rabbi also faulted the SPLC for having “repeatedly partnered with the Council on American-Islamic Relations, a group with ties to the Muslim Brotherhood and Hamas that accuses Jews of ‘Islamophobia’ when they oppose terrorism.”

“That the SPLC would target Josh Hammer should surprise no one: He’s both a conservative and a Jew, and the SPLC has evinced bias against both,” Menken said.

The SPLC did not respond to The Daily Signal’s request for comment on why its Hatewatch repeatedly omitted Hammer’s Jewish faith and heritage.