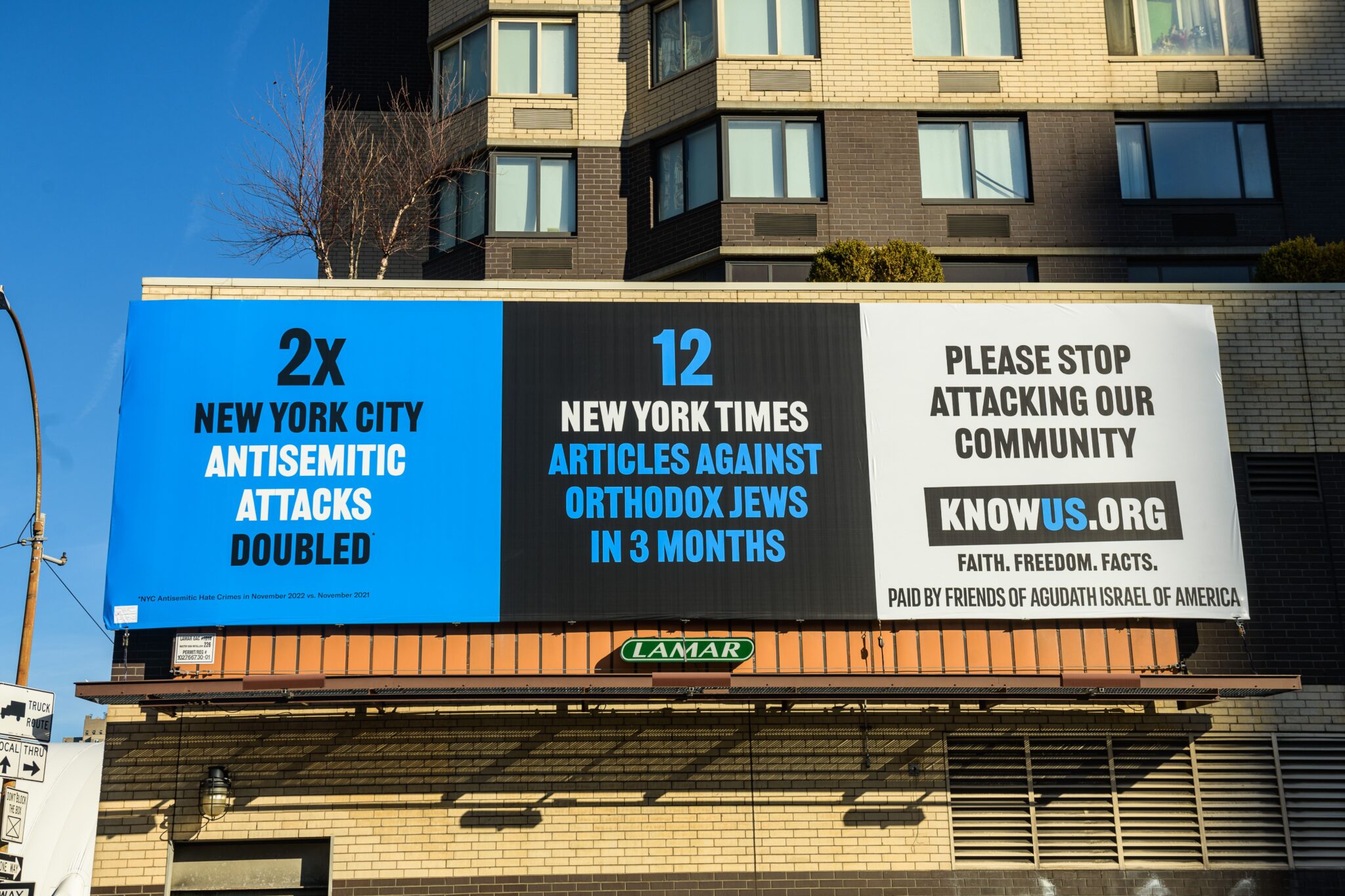 by Rabbi Yoel Schonfeld in the Queens Jewish Link

It has become a routine of mine here in Baltimore to attend the weekly Motza’ei Shabbos history lectures given by Rabbi Dovid Katz in Congregation Shomrei Emunah. Currently, Rabbi Katz is focusing on modern Israeli history. The best way to describe Rabbi Katz is that he is very similar in style and substance to Rabbi Berel Wein. Both are known to be fine talmidei chachamim (Torah scholars) while being experts in Jewish history. Both are as entertaining as they are informative and have a very earthy way of communicating.

Rabbi Katz always has a PowerPoint presentation showing facts, figures, pictures, and an occasional video on a large screen. In his latest lecture, Rabbi Katz spent a few moments talking about Professor Mordechai Kedar. Dr. Kedar is an Israeli-born, Ashkenazi, Arabic-speaking, retired professor of Arabic History, having taught in Bar-Ilan University. He lectures the world over, including at one time at our Young Israel.

Although raised as a religious Zionist, belonging to Bnei Akiva, Professor Kedar surprisingly was once affiliated with the Shalom Achshav (Peace Now) movement. He now is quite to the right in Israeli politics.

Rabbi Katz played a brief clip of Dr. Kedar referring to his “aha! moment” when he realized that making peace with Arab terrorists was a futile dream. In this clip, Kedar describes how at some point in the early 1990s, he represented the peace movement, which had arranged for a private meeting with Yasser Arafat ym”sh. Knowing that Professor Kedar was fluent in Arabic, the group positioned him to sit the closest to Arafat. Arafat, however, was not aware that Kedar spoke Arabic.

Before the meeting was called to order, Arafat leaned over to his aide and asked who these people are. The aide told him that they were a group of pro-peace activists. “What do I tell them?” asked Arafat. “Nafsil qunana (the usual garbage),” answered the aide. At that point, Kedar realized that Arafat was a fraud, and talking peace with him was a waste of time.

Now we are faced with the nafsil qunana coming from so many different places, but in particular from The New York Times, the liberal bible that portends to detest bigotry. To question Black Lives Matter – and their ensuing violence – gets you quickly branded as a racist, and any discussion on that topic is banned.

Yet we know that The Times is dishonest, biased, anti-Semitic, and anti-Israel. If this was not well known before, it became clear when former editorial staffer Bari Weiss resigned from The Times about three years ago. You can check her resignation online. She confirmed that The Times covered up stories favorable to conservatives, was anti-Israel, and, above all, bullied her for being too Jewish.

The fallout? Very little. Do you know of more than a half-dozen Jews, or for that matter any objective thinkers, who canceled their subscriptions? It’s like asking people to disconnect their oxygen supply. It is the paper that people love to hate, but they still imbibe their lies and regurgitate them.

And their hate continues. They relentlessly criticize Israel with fabricated lies. This has resulted in immense damage to the Israeli cause in the public arena.

Worse is their blatant mistreatment of Orthodox Jews. Just last week, they headlined their 12th story against Orthodox Jews in three months. Is it just harmless rhetoric? When you consider that anti-Semitic attacks against Jews in New York and across the country have gone up about 125% in the last year, much of the blame can be laid at the door of the racist New York Times.

What are we organized Jews doing about it? Basically, nafsil qunana, the same old garbage. True, the Agudah arranged for a terrific billboard focusing on The Times’ anti-Semitism outside the Lincoln Tunnel in Manhattan, and for that they are to be commended. But the nice stuff alone does not produce results. Noise does. There has been a huge sign displayed right opposite The Times building for years decrying the paper’s slanted reporting on Israel. I believe it is sponsored by the CAMERA organization, which monitors biased reporting on Israel throughout the globe. That’s also terrific. But as we see, The Times’ hatred of Jews and Israel goes unabated.

Just over a year ago, a rally was indeed held in front of The Times building. Speaking were Sid Rosenberg, a WABC Talk Radio host, and Curtis Sliwa. The crowd was embarrassingly small, which made the gathering counterproductive. In the First Book of Samuel (15:17), which we read as the haftarah for Parshas Zachor, Shmuel HaNavi famously scolds King Shaul for not dispatching Agag the king of Amalek. “Though you are small in your own eyes, you are the head of the tribes of Israel!”

We are not small! We are huge! Orthodox Jewry, if organized efficiently, should be able to bring tens of thousands of Jews to a rally. Please, Agudah! Don’t tell us you don’t do rallies. We remember how you joined Satmar in bringing about 50,000 Jews to downtown Manhattan to protest the Israeli government for considering the drafting of yeshivah students to the Israeli army.

I know I’ve been saying this for years, and to no avail unfortunately. But the time has absolutely come for Orthodox Jews to finally take themselves seriously. We have the numbers. We have the influence. We have the muscle. Let’s use it!

The Orthodox Union is now under new leadership. So is the National Council of Young Israel. The Agudah has the drive. Let’s get other parts of Orthodox Jewry together to unite and rally in front of the headquarters of anti-Semitism, The New York Times. Remember, the chasidim are perhaps the greatest victims of violence against Jews today. They must break old taboos and join forces to battle this scourge of hatred against us.

In fact, if we were not mired in our internecine politics, we would work with the non-Orthodox on this common cause, as well. This has nothing to do with sanctioning their approach to Judaism. It has everything to do with Jewish unity, the battle cry of every Jewish organization. Years ago, that was the norm, even with the Agudah under Rabbi Sherer z”l. A concerted effort needs to be made to get all of our shuls and yeshivos to attend this rally. Of course, this needs time to organize, but time is on our side. Jew-hatred will always be a hot-button issue. As surely as the sun rises, there will be another anti-Israel, anti-Orthodox, anti-Semitic article in The New York Times.

Last week, Mishpacha Magazine’s cover story was about rats in New York City. Must have been a slow news week. Let’s give Mishpacha and all the media something to write about: Jewish pride, Jewish unity, and Jewish action. Not nafsil qunana.