Religion News Service: Why the Equality Act is no big threat to religious freedom
March 25, 2021 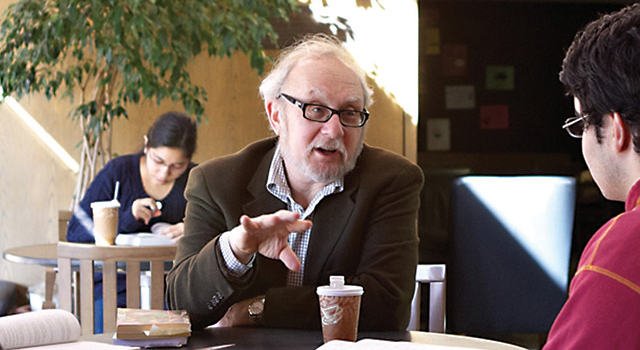 [This piece shows that we have struck a nerve, especially in Rabbi Menken’s op-ed in The Federalist. Needless to say, the writer, Prof. Mark Silk, is very wrong, but that op-eds are written to counter our view shows that we are taken seriously.]

If push comes to shove, expect the Supreme Court to step in.

Listen to its opponents and you’d think the Equality Act, which the House of Representatives passed Feb. 25, is designed to destroy the free exercise of religion in America.

The act, claim the Catholic bishops, “codifies the new ideology of ‘gender’ in federal law, dismissing sexual difference and falsely presenting ‘gender’ as only a social construct” as well as riding “roughshod over religious liberty.”

It would, according to the Heritage Foundation, “make mainstream beliefs about marriage, biological facts about sex differences, and many sincerely held beliefs punishable under the law.”

And my favorite, from Rabbi Yaakov Menken, managing director of the Coalition for Jewish Values: “If bigots were bent on eliminating Orthodox Judaism from American soil, it is difficult to imagine a more ruthlessly efficient tool than the Equality Act.”

Woah. As the current guy says, here’s the deal:

The Equality Act would prevent discrimination against LGBT people by amending the Civil Rights Act of 1964 to explicitly include sexual preference and gender identity along with sex. Such discrimination would be prohibited in employment, housing, public accommodation, education, federally funded programs, credit and jury service.

Let it be noted that the Supreme Court, in last year’s 6-3 Bostock decision, determined that the Civil Rights Act’s existing prohibition of employment discrimination on grounds of sex already extends to sexual preference and gender identity. It’s also worth noting that the vast majority of Americans (including two-thirds of Republicans) support laws banning discrimination against LGBT people.

Here’s the issue, however: The Equality Act stipulates that the 1993 Religious Freedom Restoration Act cannot be used to obtain an exemption from the Equality Act’s discrimination prohibitions. RFRA, it states, “shall not provide a claim concerning, or a defense to a claim under, a covered title, or provide a basis for challenging the application or enforcement of a covered title.”

How big a deal is this?

RFRA requires courts to employ the standard of review known as “strict scrutiny” when a plaintiff claims that the federal government has violated the plaintiff’s religious freedom. That means the government must prove that a law or ordinance advances a “compelling” government interest and that it does so by “the least restrictive means.”

Under the Equality Act (i.e., without recourse to RFRA), a plaintiff wishing, say, to refuse wedding services to a same-sex couple on religious grounds would be faced with a different constitutional standard, one enunciated by the late Justice Antonin Scalia in Employment Division v. Smith (1990), in which two drug rehab employees claimed taking hallucinatory peyote was a ritual of their Native American faith.

Smith, the court’s worst free-exercise decision ever, did not just do away with the court’s existing strict scrutiny standard of review; it didn’t even employ weaker established tests of “intermediate scrutiny” (furthering an “important” government interest by “substantially related” means) or “rational basis” (furthering a “legitimate” government interest in a “rationally” related way). Smith holds, baldly, that so long as a law is “neutral” and “generally applicable” it cannot be challenged on free-exercise grounds.

Why did Scalia, a devout Roman Catholic, impose so profound a limitation on religious liberty? At the time, free-exercise cases were usually brought on behalf of small religious minorities — such as the Native Americans in Smith. While Scalia agreed that laws specifically aimed at religious practices or communities should be struck down as unconstitutional, he didn’t want courts fostering a situation where, as he wrote, “each conscience is a law unto itself.”

Religious bodies and civil libertarians were appalled. Persuaded by a large coalition of them (including the Catholic Church and the American Civil Liberties Union), a nearly unanimous Congress passed RFRA with the object of requiring the Supreme Court to reinstate strict scrutiny as its constitutional standard and thereby restore religious freedom.

The court would eventually slap down Congress’ imposition of strict scrutiny for constitutional adjudication (you don’t get to tell us how to interpret the Constitution) but allowed RFRA to apply to federal (not state) laws and ordinances. That’s why Congress has the power to make RFRA inapplicable to anti-discrimination law.

Should the Equality Act pass the Senate and be signed by President Joe Biden (as he has promised), opponents predict a parade of horribles. Menken, for example, claims that whenever a religious body avails itself of a restaurant, catering hall, funeral home or other “public accommodation,” it would be precluded from enforcing its own gender-based rules — such as, in the case of Orthodox Judaism, same-sex seating.

I’m not so sure about that. What I’d be prepared to put money on, however, is that if such a parade actually started, the Supreme Court would step in, very likely reversing Smith and restoring strict scrutiny as its free-exercise test. But we shouldn’t imagine that things would then revert to the status quo ante.

Prior to Smith, the justices were pretty deferential to the government when it wanted to declare a compelling interest in a free-exercise case. In 1986, for example, an Orthodox Jewish Air Force chaplain was denied the right to wear a yarmulke on base because of the military’s asserted need to “foster instinctive obedience, unity, commitment, and esprit de corps.”

More relevant to the Equality Act is the court’s 1983 decision upholding the IRS’ revocation of Bob Jones University’s tax-exempt status for refusing to permit interracial dating or marriage on the grounds that this was forbidden by the Bible.

Since then, the court’s deference has shifted to the religious side, as in its unanimous 2012 Hosanna Tabor decision that federal anti-discrimination laws do not apply to religious organizations’ selection of religious leaders — a decision that did not rely on RFRA at all. The readiness of the court to overturn state restrictions on in-person worship since the arrival of Amy Coney Barrett on the bench puts an exclamation point on this trend.

Under the circumstances, it might be wise for proponents of the Equality Act to consider compromising on an alternative bill, the Fairness for All Act, which was introduced in 2019 and again this year by U.S. Rep. Chris Stewart.

Modeled on a Utah law passed in 2015 with the support of both The Church of Jesus Christ of Latter-day Saints and gay rights leaders in the state, it would write protections for LGBT people into the Civil Rights Act while explicitly protecting the possibility of religious exemptions under RFRA.

Partisans on both sides of the Equality Act hate the Fairness for All Act. So don’t be holding your breath.