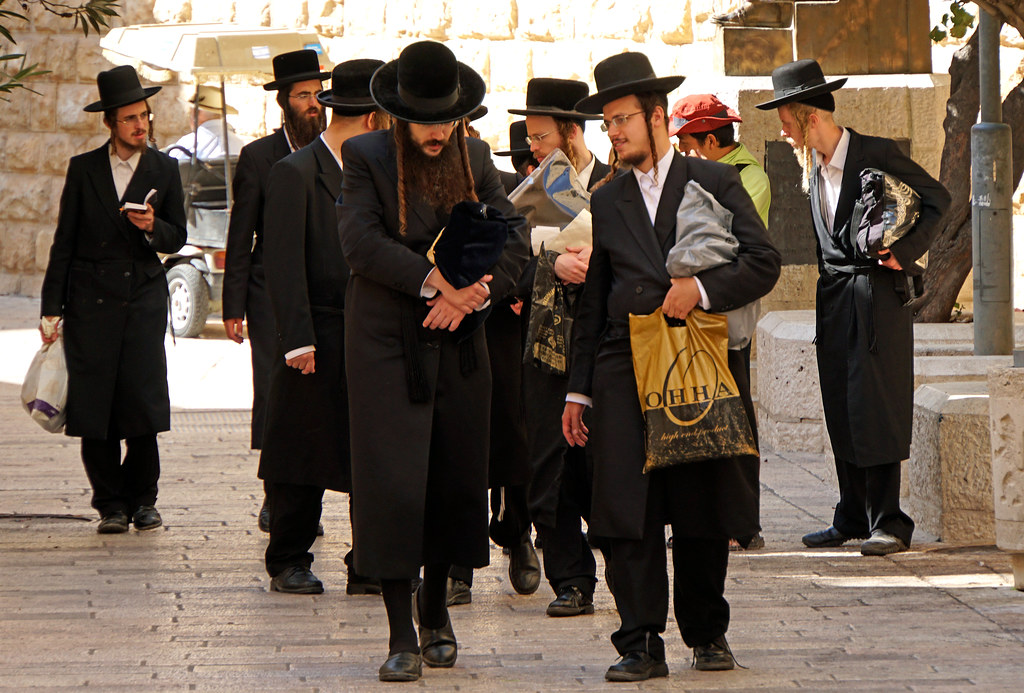 In a letter to House Speaker Nancy Pelosi (D-Calif.) and Minority Leader Kevin McCarthy (R-Calif.), which was largely ignored by the left-wing media, more than 1,500 Orthodox rabbis explained that the pro-LGBT Equality Act “is a direct attack upon our religious values.”

Further, Rabbi Avrohom Gordimer, chairman of the Coalition of Jewish Values’ Rabbinic Circle, said “the law even explicitly rejects religious freedom as a defense, meaning it provides Anti-Semites with a new way to persecute the religious Jewish community.”

The Equality Act, which amends the 1964 Civil Rights Act to prohibit discrimination based on “gender identity” and “sexual orientation,” was passed in the House of Representatives on Feb. 18. It is now in the Senate Judiciary Committee. The bill currently has 48 co-sponsors, all Democrats.

The legislation would, among other things, mandate that transgender “females” (biological males) be allowed to play on girls’ sports teams, and use their bathrooms, locker rooms and showers.

“We oppose the Equality Act as a direct attack upon our religious values,” reads the letter from the rabbis.  “It claims that to adhere to traditional Jewish beliefs is to be bigoted.”

“To cite but one specific example among many, Sec. 2.(a)(2) refers to ‘the sex stereotype that marriage should only be between heterosexual couples,'” states the letter. “The Equality Act expressly declares that the Book of Genesis [see 2:24] and all of the Jewish laws pertaining to marriage as a sanctified union between man and woman (called ‘kiddushin’ in Hebrew, from the word ‘kadosh,’ Holy) are nothing more than engagement in discriminatory stereotypes.”

“This is a disgraceful attack upon Jewish Biblical beliefs, rendered no more excusable by the fact that other traditional religious groups have similar tenets,” reads the letter from the Coalition of Jewish Values, signed by CJV President Rabbi Pesach Lerner and Managing Director Rabbi Yaakov Menken.

The letter explains that a large majority of observant Jews raise their children in gender-separate schools, and that, “Congregational prayers must be divided by gender under traditional Jewish law.”

“Restrooms, locker rooms, and bathing facilities must have single-gender hours in order for observant Jews to utilize them comfortably,” states the CJV.  “Many woman of all (or no) faiths have an obvious aversion to the presence of a biological male while they are in a state of undress. To most observant Jewish woman, the presence of a biological male in any of these places would effectively prevent her from using them.”

“In all of the aforementioned situations, a law which would require recognition of the gender a person prefers to be, rather than the biological organism he or she was created to be, would demand we cease to operate in accordance with our sincerely-held beliefs, moral values and religious education — expressly violating our religious liberty,” says the CJV in the letter.

“As for allowing those with XY chromosomes, much less the ordinary biological makeup that those chromosomes generally produce, to access private facilities heretofore reserved for biological women — this is a behavior for which individuals are subject to arrest under current law, both because of the denial of privacy and potential for assault,” reads the letter. “Whom will be expected to take responsibility and liability, were a predatory individual to take advantage of the new policy?”

In conclusion, the coalition writes, “we strongly oppose this direct attack on our eternal principles. The Equality Act has the potential to bring the United States’ centuries-long history of respecting and providing robust protection for our religious beliefs and liberties to an abrupt and ignominious end.”

In a separate press release, Rabbi Avrohom Gordimer, chairman of the CJV Rabbinic Circle, said, “It is outrageous that Congress would declare us bigoted for simply maintaining our time-honored traditions. And it is no mere insult; the law even explicitly rejects religious freedom as a defense, meaning it provides Anti-Semites with a new way to persecute the religious Jewish community.”

According to its website, the Coalition for Jewish Values (CJV) “represents over 1,500 traditional, Orthodox rabbis in matters of public policy.” The coalition “advocates for classical Jewish ideas and standards in matters of American public policy. The CJV begins from the premise that something can be called an authentic Jewish value only if it is rooted in Biblical and Rabbinic teachings through millennia of Jewish history. Neither spurious references to ‘Tikkun Olam’ nor the use of Biblical verses plucked out of context transform personal views into Jewish tenets.”