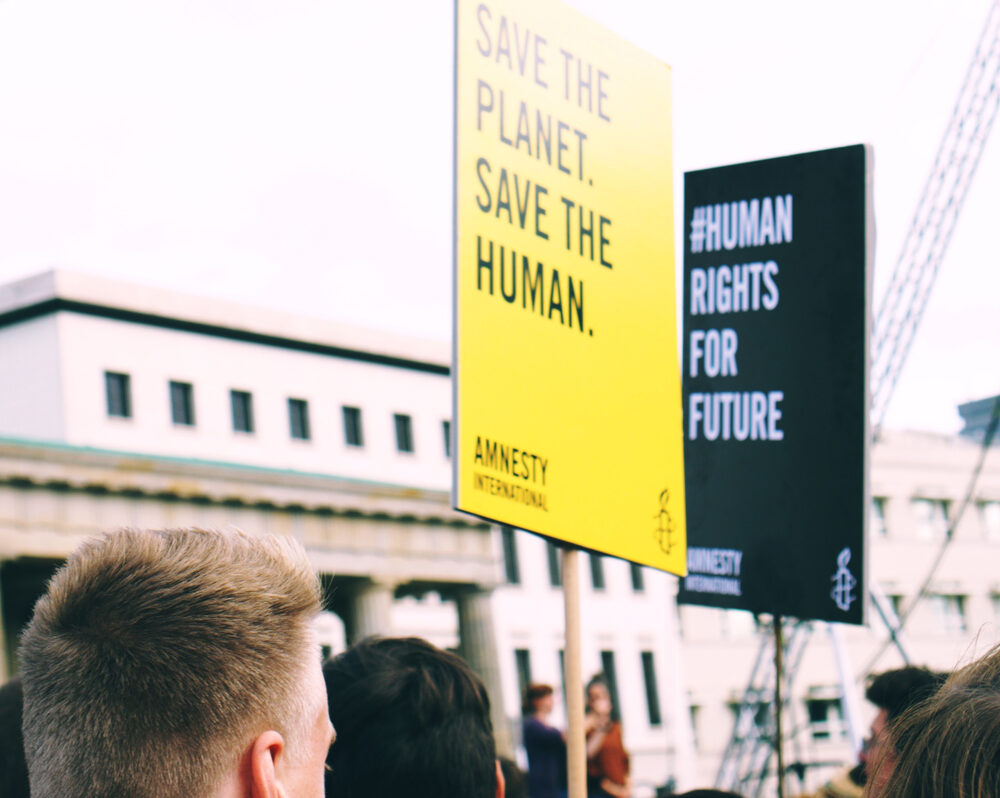 Amnesty International, the human rights group whose leader recently said Israel “shouldn’t exist as a Jewish state,” is blatantly promoting “Jew-hatred,” according to a group of influential rabbis.

Amnesty International has been facing criticism since releasing a report last month that accused Israel of waging apartheid against Palestinians and demanded that Israeli officials face prosecution in international courts for these alleged crimes. The report was widely condemned by Israel, leading American-Jewish officials, and members of Congress—all of whom labeled the report as anti-Israel propaganda.

Amnesty International faced a wave of renewed criticism this month when the director of its American branch, Paul O’Brien, who is not Jewish, said that Israel “shouldn’t exist as a Jewish state” during remarks at an event hosted by the Woman’s National Democratic Club.

O’Brien’s remarks are anti-Semitic and amount to “Jew-hatred, plain and simple,” according to the Coalition for Jewish Values (CJV), an advocacy group that represents leading Orthodox rabbis.

“This is Jew-hatred, plain and simple, of a piece with Amnesty’s slur of ‘apartheid’ against the only ethnically diverse country, the only one with a substantial Jewish population, in the Middle East,” Rabbi Yaakov Menken, CJV’s managing director, told the Washington Free Beacon.

“O’Brien’s reported remarks should surprise no one, as he merely said the quiet part out loud. There are 23 countries where Islam is the state religion, and 21 formally Christian states, but Amnesty only has a problem with the one identified with Jews,” Menken said. “O’Brien openly argued that indigenous Jews, exclusively, should be denied self-determination in their indigenous homeland.”

O’Brien, Menken added, is “no different than a white person claiming to speak for blacks, Hispanics, Muslims, or any other minority.”

Amnesty International is “not a human rights organization but an anti-Semitic hate group. To support it is an evil act, and history will not judge its supporters kindly,” Menken said.

Photo Credit: ChuckWow; the t-shirts are available for purchase.